(164) A funny politician and a political comedian 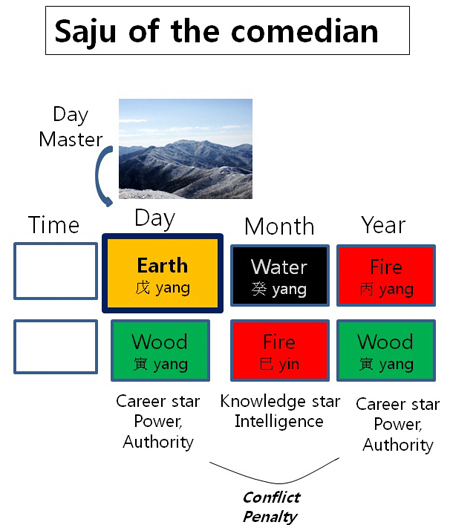 The world has changed and people have changed too. There was a certain stereotype when you thought about a profession. But if you compare the concepts between past and present, you will find a considerable change. It is partly due to social diversity.

Power and authority may come to mind when you think of a politician, while, talented and funny can be appropriate descriptions of a comedian. However the definition between the two has become blurred.

There was a hilarious story heating up Korean society recently.

A young comedian appeared on a gag show lampooning members of the Korean National Assembly. Then a politician accused him of slander, resulting in the public rising up against the politician.

Further jokes about comedians and politicians were aired on the show thereafter. 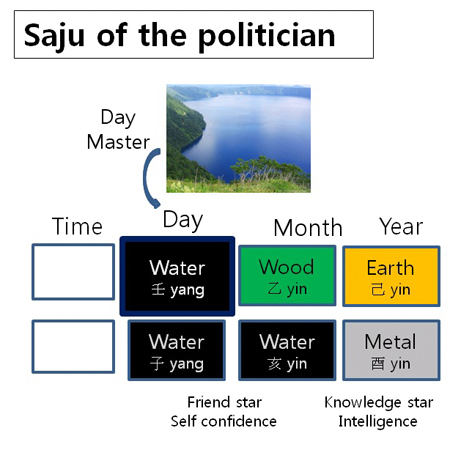 "Both are working in Yeouido". Korea's National Assembly and major broadcasting stations are located in Yeouido. "One makes people laugh with their jokes and the other by their tussles". Korean politicians often scuffle during the session of the national assembly "One is good at grating a radish". The comedian telling this joke became famous by his hilarious gesture of grating radishes. "On the other hand, people grate their teeth in anger over the stupid politicians and their foolish political behavior".

The situation is becoming more and more ridiculous.

I am often asked to read destiny of important figures. They have been candidates of national elections, international leaders and even presidents. Otherwise, they were celebrities. They were in either ups or downs in their life paths. It was sometimes by people who wanted to know the famous figures' destiny or by their supporters or the figures themselves to read their saju or faces.

In order to read their destiny well, we must take the trends of society into consideration. Power and authority are not keywords to define politicians any more. Likewise talent is not a sole definition of entertainers.

Then, how can we find the factors of power or talent by saju?

Saju is to read one's destiny by the earthly and heavenly signs from one's birth. First of all, it symbolizes the birth signs according to the five elements of the universe, wood, fire, earth, metal and water. Then the day master is determined by one's birth day. And other elements are categorized by their generating and restricting interaction.

If you were born with a wood element-we call it a day master, your expression star is fire, the money star is earth, the career star is metal and the knowledge star is water.

If your day master is a fire element, your expression star is earth, the money star is metal, the career star is water and the knowledge star is wood.

In this way, once one's saju is plotted, we are able to define what the major energy stream is.

More detailed descriptions about each star are as below.

Expression star: The element generated by the day master, talents

Money star: The element restricted by the day master, wealth

Now you may understand how we define the five stars in saju.

Traditionally, the saju of politicians was ruled by the career star, representing power and authority. But we are seeing more and more politicians with expression stars nowadays. Actually those with misleading career stars are being ousted from power by the people. Muammar Gaddafi was one recent case.

Many recently successful political leaders are being supported or elected not on their authority but by how they communicate with people.

The comedian has political propensity according to the dominant career stars and they even conflict with the knowledge star. It just proved why he satirized society and it became a hot issue even though he expressed that he was not political at all.

Information: Are you interested in learning more about the ancient Chinese teaching about the "Four Pillars of Destiny?" For further information, visit Janet's website at www.fourpillarskorea.com, contact her at 010-5414-7461 or email janetshin@hotmail.com.

The writer is the president of the Heavenly Garden, a saju research center in Korea, and the author of "Learning Four Pillars".

"(164) A funny politician and a political comedian "
by HanCinema is licensed under a Creative Commons Attribution-Share Alike 3.0 Unported License.
Based on a work from this source