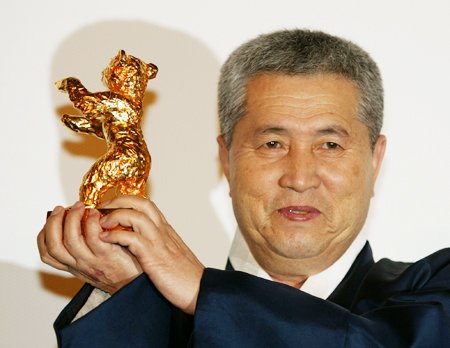 A master of pansori ― a form of vocal Korean opera ― leads his adopted son and daughter through the backwaters of rural Korea. The troupe scratch an increasingly precarious living as itinerant musicians while their master, refusing to compromise with modernity, strictly trains them in the traditional art which is his only skill and his motive passion.

But with the country swept up in massive social upheavals between the 1940s, 50s and 60s, their art form is losing its cachet, relevance and audiences. The son decides to abandon his life as a wandering troubadour and embrace modern music. The father ― believing that suffering is essential to create great art, unwilling to change with the times and desperate to keep his hold on to his adopted daughter, an extraordinary vocal talent ― is driven to commit an act of unforgettable cruelty.

Thus outlines 1993's movie "Seopyeonje". (The title is a form of pansori from Korea's southwest.) The plot, based on a short story, was simple but compelling. It also masked deep themes: the endless battle between tradition and modernity; the struggle to preserve identity; the cost of maintaining artistic integrity. The pansori that is the film's raison d'etre provided a metaphor for traditional Korean sensibilities besieged by whirlwind change. Above all, the film captured han ― that emotion of repressed bitterness and powerlessness that lies, many say, at the center of the Korean psyche.

The film offered ravishing cinematography and a haunting soundtrack, but was a low-budget work featuring no-name actors: In short, an art house movie. As such, it opened on a single screen in Seoul. Yet "Seopyeonje" spectacularly captured the zeitgeist. 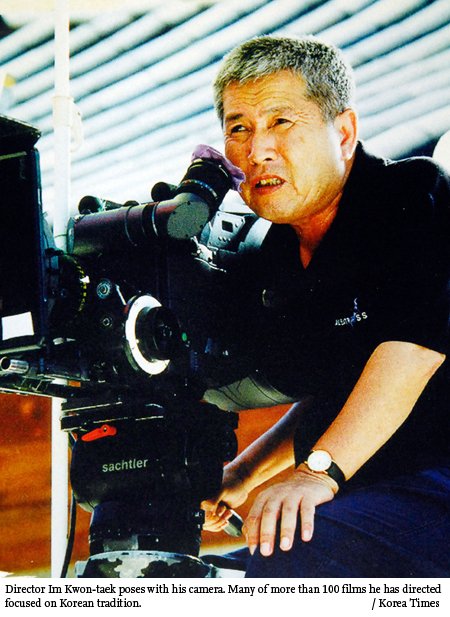 Korea in 1993 was a recently-democratized, arriviste nation; one that had astutely leveraged international trade to enrich itself, but was facing pressures to open up its own markets. With market opening on the one hand and increasing international travel on the other a new term ― segyewha, or globalization ― was coined. Koreans wondered where this exciting but threatening trend could or should take them. In the 1980s, students had focused their emotional energies on the struggle for democracy. Now that had been achieved, there was time for introspection: Youthful Koreans were seeking their own ethnic identity, exploring nationalism, investigating their roots.

Defying its ridiculously limited distribution, "Seopyeonje" became a sensation. Heart-breaking yet neither sentimental nor syrupy, it became the first Korean film to sell 1 million tickets in Seoul ― then a further million beyond the capital, smashing previous box office records. It was the first domestic movie to give birth to a commercial soundtrack, and single-handedly sparked a resurgence of interest in the genre of pansori itself. The film was an almost impossible achievement: an art-house movie that turned into a blockbuster

"Seopyeonje" was, above all, the creation of its director, Im Kwon-taek.

Born to a poor family in Jeolla Province in 1936, Im grew up in the south-western city of Gwangju, where he completed high school. His family suffered in the Korean War, leading Im to move to Pusan, and work as a laborer. He relocated to Seoul in 1956, where film director Chung Chang-hwa offered him work as a production assistant in exchange for room and board. 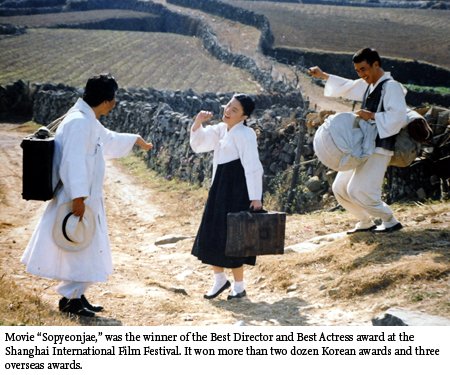 After a five-year apprenticeship in Chungmuro ― Korea's Hollywood ― Im had learned enough so that Chung recommended him as a director. Im's first feature from behind the camera, "Farewell Tumen River" ― an action movie about anti-Japanese independence fighters ― appeared in 1962.

For years, he churned out formulaic genre films ― largely historical dramas ― to satisfy local movie quotas, while longing to do more serious work. In 1979, he realized that ambition, gaining critical attention for "Geneology". In 1981, "Mandala" won further plaudits. The film, based on a novel, follows the differing paths taken by two Buddhist monks and featured Im's gorgeous cinematic framing. It earned a Grand Prix at the Hawaiian Film Festival at a time when few Korean movies were even screened abroad.

Still, there was the call to advance commercial work. Im's "The General's Son" (1991) ― a pedestrian martial arts auctioneer about a heroic gangster and anti-Japanese independence activist ― spawned two sequels. Reportedly, it was the success of this franchise that led to producers allowing him to make a project close to his heart, about a group of pansori singers struggling to survive in the modern era.

"Seopyeonje" was the winner of the Best Director and Best Actress award at the 1st Shanghai International Film Festival; it also screened at the 46th Cannes and 50th Venice International Film Festivals. It ended up winning 27 Korean awards, and three overseas awards. The year it came out, Im was named "Man of the Year" by the Dong-a Ilbo newspaper 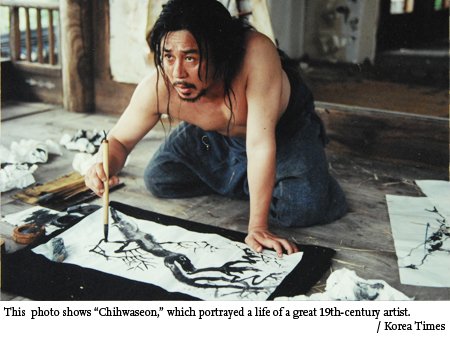 The film's shocking success granted Im the artistic freedom he had craved. Most of his subsequent films would deeply mine Korean tradition.

After "Seopyeonje", his first work, "Festival" (1996), was about a troubled family gathering for a funeral. Of it, Im wrote, "I wanted to give the viewers who see this film a moment to think about what is truly valuable and precious in our quickly changing world. At this moment, I consider this goal my duty as a director".
"Festival" was only a modest success. "Chunhyang" (2000) would see Im returning closer to the heights of "Seopyeonje". It retold a beloved folk tale of two lovers facing injustice and tribulation in Joseon Korean and won attention for its glorious cinematography as well as its pansori-based soundtrack.

"Chihwaseon" cemented Im's reputation. The film was a visually striking portrait of a convention-shattering 19th century Korean artist that netted Im the Cannes Film Festival's Best Director award.
His most recent works have been less spectacular. 2007's "Beyond the Years" was presented as a prequel to "Seopyeonje" but gained only modest success; his latest film 2011's "Hanji" about traditional Korean paper-making equally failed to ignite.

However, even if his fame is now eclipsed by the funkier directors who lead the "Korean Wave", Im is the grand old man of the Korean movie industry. Moreover, while current directors churn out melodramas, auctioneers, thrillers and comedies, Im is noted for his emphasis on highly specific, Korea-centric themes.

This makes him an icon. Im introduced global cinema goers to Korean sensibilities, upgraded the quality of the domestic movie industry ― and proved that it was possible to do these things while turning a tidy profit. Even in the Internet age, film remains one of the most powerful and popular mediums. In terms of posterity, no list of great Korean films can be complete without Im's flagship work: "Seopyeonje".

Andrew Salmon is a reporter and the author of three works on modern Korean history - "U.S. Business and the Korean Miracle: U.S. Enterprises in Korea, 1866 - the Present", "To the Last Round: The Epic British Stand on the Imjin River, Korea, 1951", and "Scorched Earth, Black Snow: Britain and Australia in the Korean War, 1950".

"(41) Im Kwon-taek brought Korean tradition to screen"
by HanCinema is licensed under a Creative Commons Attribution-Share Alike 3.0 Unported License.
Based on a work from this source