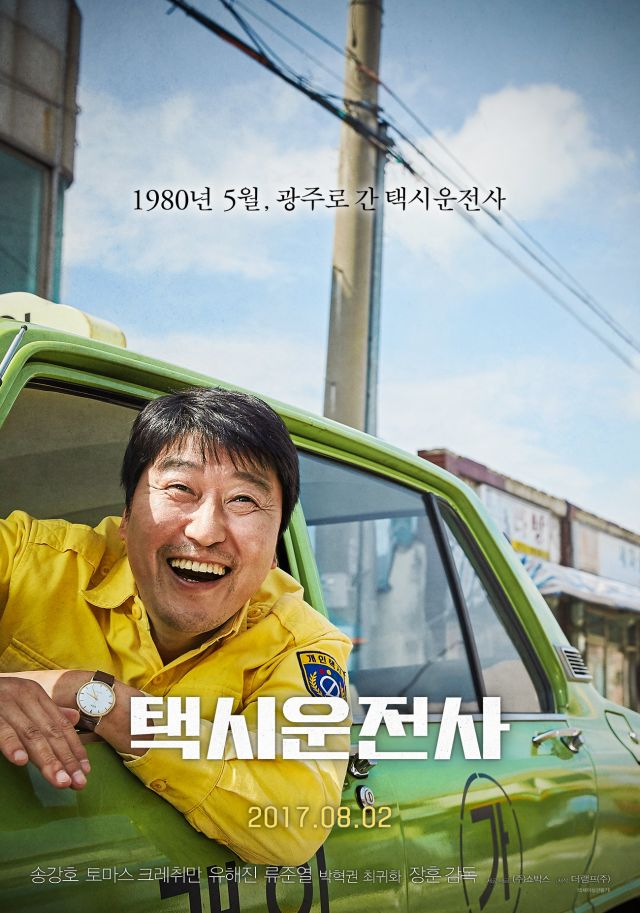 "A Taxi Driver", directed by Jang Hoon and starring Song Kang-ho, has become the 15th Korean film to draw more than 10 million viewers. It had attracted 10.07 million viewers as of Sunday, making it the first film this year to reach the milestone, according to distributor Showbox.

The film reached the 10 million mark just 19 days after its release, the same number of days as "Train to Busan", which went on to attract 11.56 million viewers last year. The pace was the second fastest after "The Admiral: Roaring Currents", the biggest box-office hit in the history of Korean cinema, which accomplished the feat in 12 days.

Song is the first actor to star in three films to attract 10 million viewers. He previously starred in "The Host" in 2006 and "The Attorney" in 2013. In the new film, Song plays a taxi driver who takes a German journalist to Gwangju during the democratic uprising in May 1980.

It is also the third such film for supporting actor Yoo Hae-jin after "The King and the Clown" in 2005 and "Veteran" in 2015.

"'A Taxi Driver' Becomes 15th Korean Film to Draw 10 Million Viewers"
by HanCinema is licensed under a Creative Commons Attribution-Share Alike 3.0 Unported License.
Based on a work from this source