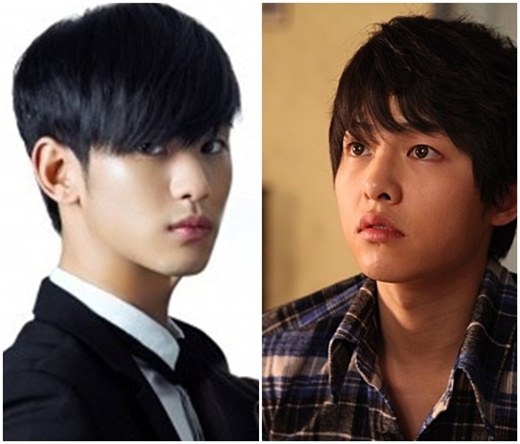 This is why women get bitten to become vampires themselves. It's not a happy ending if the woman turns old.

SBS drama "My Love from the Star" Cheon Song-I (Jun Ji-hyun) despairs at the fact that alien Do Min-joon (Kim Soo-hyun) doesn't age and starts preparing for anti-aging. Her realistic efforts nodded many heads and aroused laughter at the same time.

There's a saying that 'if you fall in love, you become prettier'. It's only true that one tries to look her or his best for their significant other. Sometimes, it differs who you are working hard for. What if your lover was someone who doesn't age? What if they were perfect?

There are two men we think of in this sense. They are perfectly good looking and they have a secret; they don't age like humans do.

There are differences as well. They walk a different path when it comes to emotions and goodbyes. We are talking about Do Min-joon from "My Love from the Star" and Cheol-soo (Song Joong-ki) from "A Werewolf Boy".

"What monster is this?"

The movie starts off with the voice of a grandmother looking at herself in the mirror. Soon-I (Park Bo-young), the country girl from 47 years ago who is now a white-haired woman. She goes back in time and hears the words again.

"What monster is this?"

He has been abandoned by the world and to him, Soon-I has to be special. He meets Soon-I, a middle school student who is too sick to go to school and gets closer to her.

The story of "A Werewolf Boy" may seem dull but Cheol-soo's special ability adds to the fun. Cheol-soo doesn't get old or die but 47 years later, his love for Soon-I doesn't change.

Do Min-joon is an alien who dropped to earth on the 25th of September in 1609. He remains young and beautiful just like the time when he arrived on Earth 400 years ago. Cheon Song-I's worries are all about this. She has much more to think about than just being in love with him on Earth.

Cheon Song-I worries about getting old after finding out that Do Min-joon won't age. She couldn't just stay still knowing that her lover was not going to age while she did and she was an actress too.

She started taking care of her looks and started an anti-aging program. She even turned into a high school student with two ponytails and cute clothes.

Do Min-joon's pure love is urgent and simmering. He has powers that no other humans have, but if he doesn't leave earth, he's going to be in danger.

Do Min-joon has currently made up his mind not to leave earth for the one he loves. He has risked his life for her. However, Cheon Song-I broke up with him the day he proposed to her. 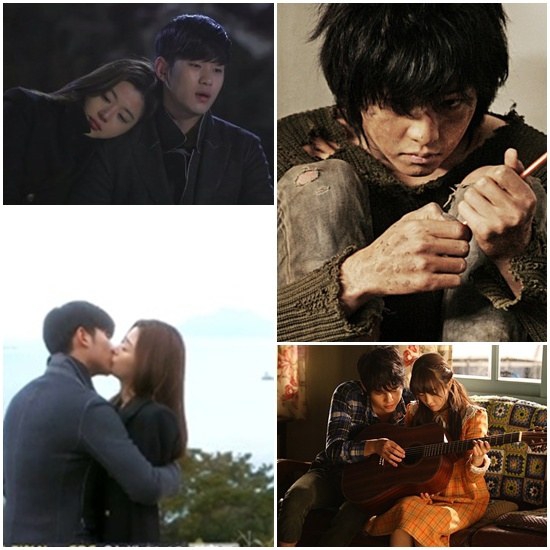 "'Alien' Do Min-joon vs. 'Wolf boy' Cheol-soo"
by HanCinema is licensed under a Creative Commons Attribution-Share Alike 3.0 Unported License.
Based on a work from this source