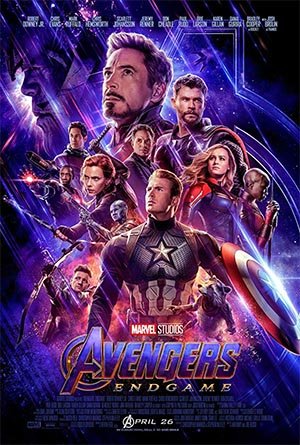 The previous record of 12 days was held by Korean period film "The Admiral: Roaring Currents" in 2014, but the superhero flick beat it by a day.

It also became just the 24th film released in Korea to surpass the 10-million mark. The record was set on Sunday according to the Korean Film Council, and the 11-million mark was surpassed on Monday.

"Avengers: Endgame" also attracted the country's biggest-ever audience on the day of its release, the most viewers in the week of release, and the highest attendance in any one day.

Expectations are that it will beat "Avatar", which drew 13.34 million viewers in Korea in 2009, as the most successful foreign film ever.