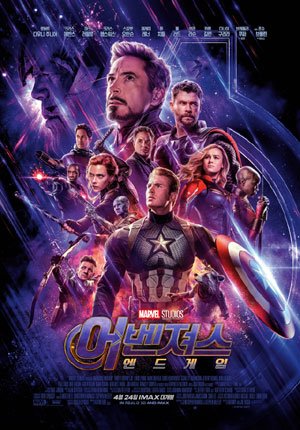 Marvel's superhero film "Avengers: Endgame" has become the most successful foreign film ever released in Korea.

According to the Korean Film Council, the film attracted 13.42 million moviegoers as of Sunday, in about a month since its release here on April 24, beating the previous record held by "Avatar" which drew 13.34 million viewers in 2009.

"Avengers: Endgame" has set other records. It drew the country's biggest-ever audience on opening day and the highest attendance for a single day. The film also reached the 10-million mark faster than any other film.