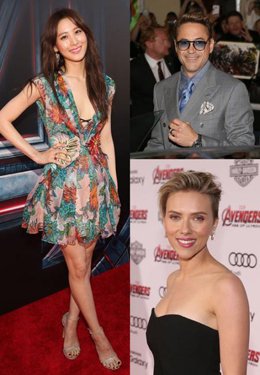 The sequel to the biggest superhero movie of all time, "The Avengers", premiered at the Dolby Theater in Hollywood on Monday amid much hype.

"Avengers: Age of Ultron" features an epic battle between the Avengers and Ultron, a super villain who wants to eradicate humankind.

A promotional event for the action blockbuster is to be held in Korea on Friday with its director Whedon and stars Robert Downey Jr., Chris Evans, Mark Ruffalo and Claudia Kim in attendance.

The film is set to be released here on April 23.