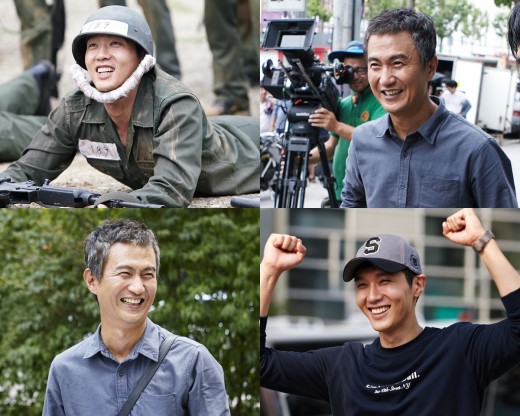 "Awl", a drama to portray our society with such sharp and straightforward eyes, has unveiled their behind-the-scenes photos featuring the two axes of the drama, Ji Hyun-woo (Lee Soo-in) and Ahn Nae-sang (Goo Go-sin).

Ji Hyun-woo and Ahn Nae-sang in the revealed photos are smiling brightly during break sessions, which shows evidently the heartwarming vibes on the filming set. However, once the camera is on, the two actors immerse themselves into each one's character fullly to prove they are the trusted actors indeed.

Ji Hyun-woo plays Lee Soo-in, a section manager of large grocery store, 'Purmi Mar' and Ahn Nae-sang plays Goo Go-sin, a counselor working for a Bujin Laborers' office. While it seems there is no common factors between the two characters, how the two will lead the storyline together is drawing attention.

An insider of "Awl" said, "The drama "Awl" is produced under semi pre-production system, therefore we are filming in such relaxed working environment. And also because the interaction between actors and staff is great, the vibes should be great here naturally. Ji Hyun-woo and Ahn Nae-sang have been showing the perfect chemistry from the first take. Please keep your anticipation on the great chemistry and synergy these two veteran actors will bring on".

The new miniseries, "Awl" is slated to begin sometime in the middle of October