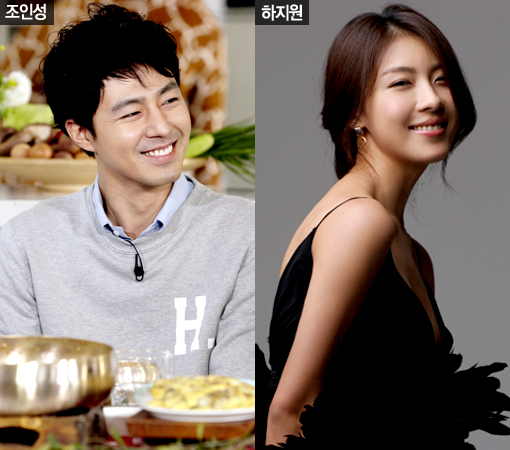 Cast for MBC drama "The King"

Ha Ji-won and Jo In-sung are getting together again for the first time in 7 years. The two have confirmed to lead star in the MBC drama "The King".

The two have once worked together on the 2004 SBS drama "Something Happened in Bali" and rose to stardom. It's been 7 years since the drama but there are so many people who remember it that they are still called the 'Bali couple'.

While competition for the role was tough, now that Ha Ji-won and Jo In-sung have been cast, the drama "The King" is now looked forward to as the most anticipated drama of next year.

Jo In-sung has been thinking seriously about his comeback project ever since he'd been discharged from the military. As "Kwon Bob" which he originally planned to star in first got postponed, he changed routes to "The King" while looking for an alternative. Ha Ji-won also chose Jo In-sung as her partner after her recent movie "As One".

It seems as though Ha Ji-won and Jo In-sung will create a synergy effect. Ha Ji-won once revealed in a recent interview, "I can't forget the kiss with Jo In-sung the most" and it is known that the two trust each other more than others.

"The King" is a fantasy mellow drama about a king and a princess from the South and North falling in love with each other. This storyline takes place under the assumption that the king still rules the country and the black comedy is what brings the excitement.

The production team is working hard on the rest of the cast now that Ha Ji-won and Jo In-sung are on board. Apparently producer Lee Jae-gyoo is meeting with actor Lee Soon-jae whom he worked with on "Beethoven Virus" and is negotiating the details.

"The King" is written by Hong Jin-ah and Hong Ja-ram.

"'Bali couple' Jo In-sung and Ha Ji-won meet again"
by HanCinema is licensed under a Creative Commons Attribution-Share Alike 3.0 Unported License.
Based on a work from this source