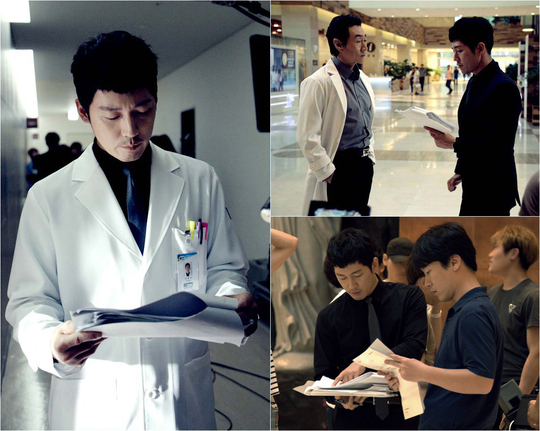 Jang Hyuk is returning as a doctor.

Since Jang Hyuk has been confirmed as the leading character Lee Yeong-on in the KBS 2TV's upcoming drama, "Beautiful Mind", which will premiere on June 20th, he is working hard to film the drama.

"Beautiful Mind" is a medical drama about how a neurosurgeon Lee Yeong-oh opens up his eyes to love and other emotions and recovers his humanity after he became involved with strange deaths of his patients.

Jang Hyuk checks his script numerous times and exchanges opinions with the director on the filming set. His focus level is only getting higher as the filming progresses.

Jang Hyuk said, "I will put on doctor's gown in 9 years since "Thank You". This is a new feeling all over again. I'll try to deliver each process in details thoroughly how the doctor Lee Yeong-oh opens his eyes again to emotions little by little".

"'Beautiful Mind' Jang Hyuk puts on doctor's gown again in nine years"
by HanCinema is licensed under a Creative Commons Attribution-Share Alike 3.0 Unported License.
Based on a work from this source