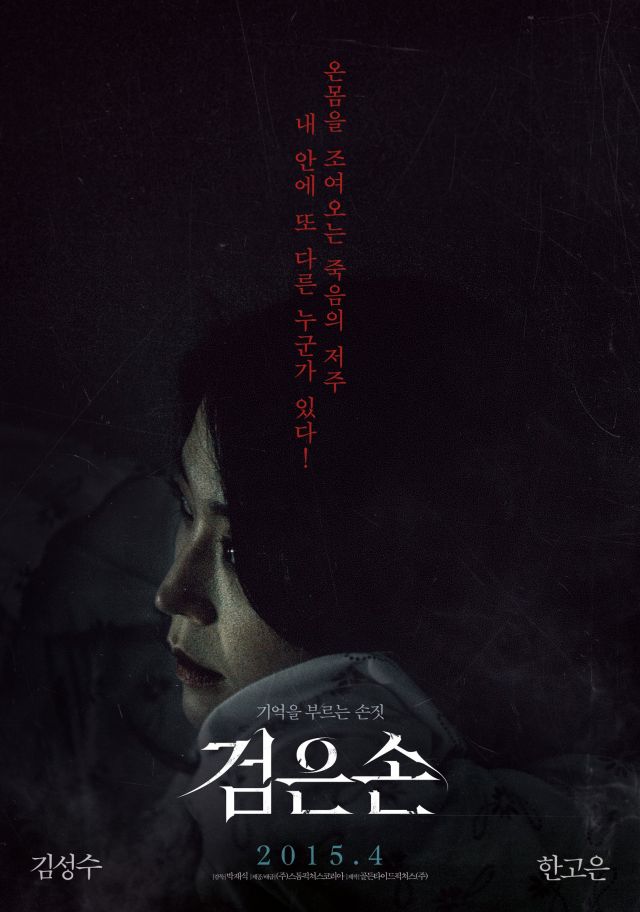 Movie "Black Hand" has confirmed it will be released sometime in April.

The production company, Golden Tide Pictures has released a teaser poster of movie "Black Hand" on March 6th upon confirming its release month.

The movie is anticipated to deliver thrilling horror through the inexplicable accidents and the nearing fear from an unknown being,

The teaser poster features Han Go-eun's face horrified by the unknown being and the black hand approaching her.

The catchphrase on the poster says 'The curse suffocating the whole body. There is someone inside me!'

"'Black Hand' starring Kim Sung-soo and Han Go-eun: first thriller this year to be released in April"
by HanCinema is licensed under a Creative Commons Attribution-Share Alike 3.0 Unported License.
Based on a work from this source