'Cheese in the Trap' actors meet for the first time 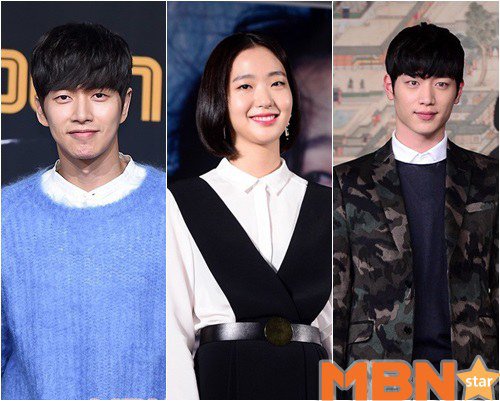 "Cheese in the Trap" actors Park Hae-jin, Kim Go-eun, and Seo Kang-joon and producer Lee Yoon-jeong had their first meeting at a restaurant in Mapo-gu, Seoul on September 1st.

Park Hae-jin will play Yoo-jeong a perfect guy in terms of his family, appearance, academic ability, fashions and everything else. However he is also a mysterious man, who hides a dark side behind his kind and friendly face.

He was the favorite candidate for the role, supported by the cartoon fans of the original story strongly.

Kim Go-eun plays Hong-seol, Park Hae-jin's counterpart, a college student, who has a sensitive personality and has to live her daily life fiercely. She once rejected the casting offer and the golden lineup has been complete when she finally accepted the role.

"Cheese in the Trap" will have their first filming session on September 22nd. The drama will be produced in the pre-production system and is slated to air after the completion of tvN's Monday & Tuesday drama, "Bubble Gum", which is scheduled to begin on October 26th.

The drama depicts the tense psychological battles and conflicts and love among the characters.

Actors Nam Joo-hyuk, Moon Ji-yoon, Kim Hee-chan, Ji Yoon-ho, and Go Hyun also have been confirmed for the drama and are on standby to have their first filming session.