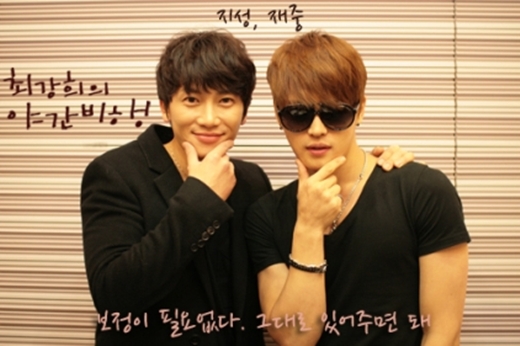 On December 25th via KBS radio's Cool FM "Choi Kang-hee's Night Flight", Choi Kang-hee asked Kim Jae-joong, "Do you want to continue acting in the future?" to which he replied, "Acting has a lot of appeal to me".

Thereafter Choi Kang-hee asked, "In the future will you continue to act in Korea?" to which Kim Jae-joong revealed his wishes, replying, "If the opportunity presents itself I'll continue to give my best".

"'Choi Kang-hee's Night Flight' JYJ's Kim Jae-joong, "Acting is appealing, I want to continue""
by HanCinema is licensed under a Creative Commons Attribution-Share Alike 3.0 Unported License.
Based on a work from this source