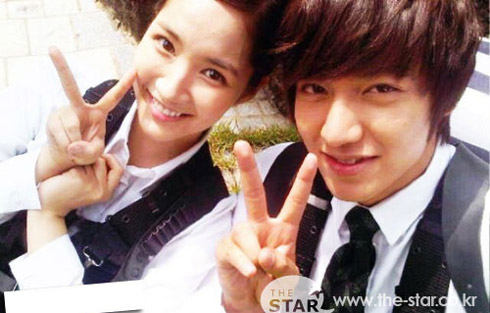 Their agencies confirmed on Tuesday that the pair started dating one month ago, after shooting wrapped up. They first met while filming the KBS drama, "I Am Sam", in 2007.

While Lee rose to stardom through his lead role in the KBS show "Boys over Flowers" in 2009, Park caught the public eye the following year when she acted in "Sungkyunkwan Scandal", broadcast by KBS. She is now busy filming the drama "Glory Jane", also by KBS. It will air in October.

"'City Hunter' Couple Fall in Love Off-Camera"
by HanCinema is licensed under a Creative Commons Attribution-Share Alike 3.0 Unported License.
Based on a work from this source