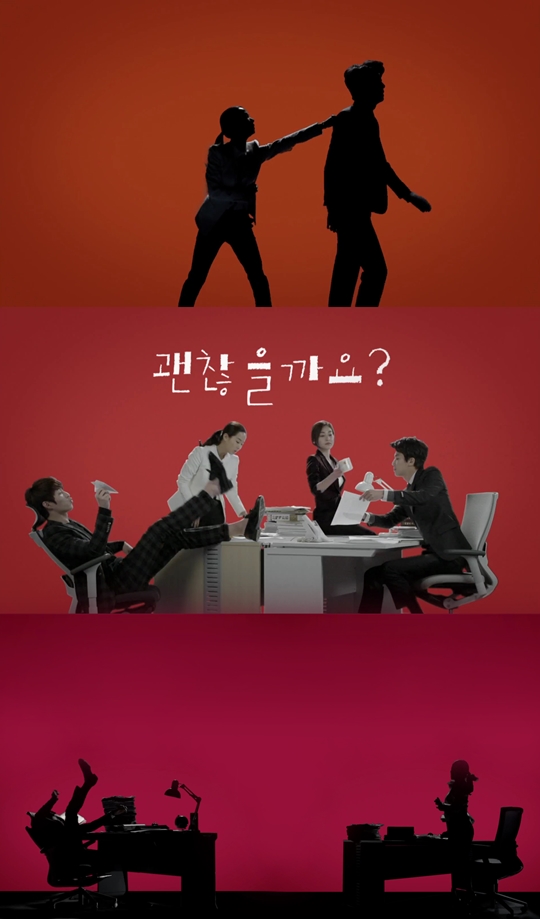 The official home page for SBS's new weekend drama, 'Divorce Lawyer in Love' unveiled teaser trailers featuring Cho Yeo-jeong, who has been transformed into a queen of romance comedy, and Yeon Woo-jin, the office manager, who is tortured by her, Shim Hyung-tak the classy guy and CEO of the law firm and the elegant lawyer, Wang Ji-won who falls in love with Yeon Woo-jin.

Their struggle continues. When Cho Yeo-jeong yells "Can't you do it right?" and Yeon Woo-jin responds, "Please stop now". Cho Yeo-jeong now grabs Yeon Woo-jin around his neck and Yeon Woo-jin is dragged out stumbling. The phrase, Ace divorce lawyer, Go Cheok-hee is Chucky and master of patience So Jeong-woo runs on the screen, which explains what the content of the drama will be like in essence.

Although it is the first time for the two to appear in a project, they showed a great chemistry as if they had been together as a long time couple.

The first episode of 'Divorce Lawyer in Love' will be aired at 10 PM on April 18th.

"'Divorce Lawyer in Love' starring Cho Yeo-jeong and Yeon Woo-jin unveils comical teaser "
by HanCinema is licensed under a Creative Commons Attribution-Share Alike 3.0 Unported License.
Based on a work from this source