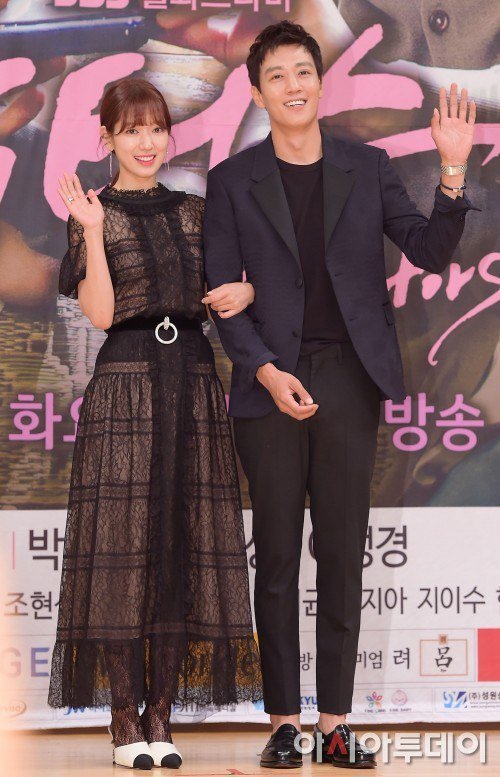 "Doctors" Kim Rae-won made a witty joke when mentioning about their competing drama, "Beautiful Mind".

Park Shin-hye said, ""Doctors" focuses on the relationship among people, doctors and patients, patients and their family members, and seonbae and hoobae. The hospital is just a canvas to present how people can change through the relationships when one person meets another" and "I think that is a distinctive difference from "Beautiful Mind".

However, Kim Rae-won took a brief moment before answering the question and said, "I feel a little sorry for Hyeok, but "Beautiful Mind"?" and "I will have so much expectation on you". His comments made people burst out laughing.

"Doctors" is sent to begin on June 20th.

"'Doctors' Kim Rae-won makes witty comment to challenge 'Beautiful Mind' Jang Hyeok "
by HanCinema is licensed under a Creative Commons Attribution-Share Alike 3.0 Unported License.
Based on a work from this source