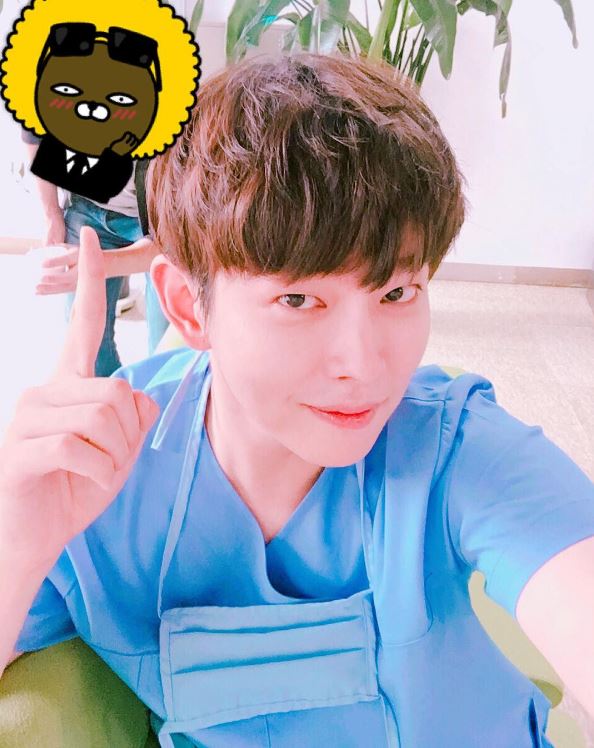 "Doctors" star Yoon Kyun-sang has shared a moment of his break on the filming set.

On June 23, Yoon Kyun-sang posted a photo of himself on his personal Instagram saying 'Doctors Jeong Yoon-do'.

In the revealed photo, Yoon Kyun-sang transformed into a medical doctor in the blue surgical gown perfectly. He is smiling into the camera lens, showing off his clear skin contrasted to the blue color of the gown.

Yoon Kyun-sang has returned to the small screen with his role in SBS Monday & Tuesday drama, "Doctors" in three months since his appearance in 'Six Flying Dragons'. He plays Jeong Yoon-do, a neurosurgeon, who is also the eldest son to the owner of Jeongsoo Group.

"Doctors" is broadcast at 10 PM every Monday and Tuesday.

"'Doctors' Yoon Kyun-sang, young, fresh and charming doctor"
by HanCinema is licensed under a Creative Commons Attribution-Share Alike 3.0 Unported License.
Based on a work from this source