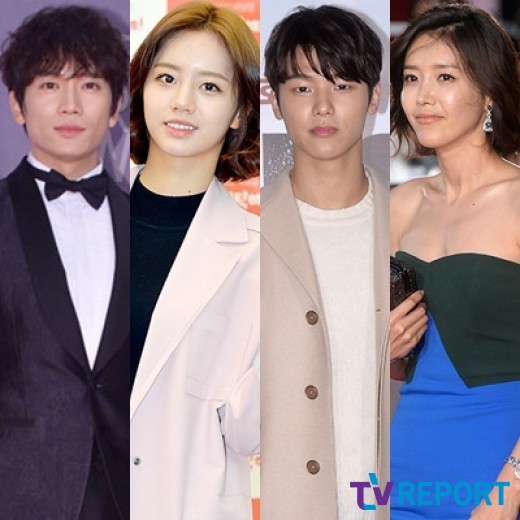 The outlines for the main cast of SBS' new Wednesday & Thursday drama, "Entertainers" have been revealed.

Casting news about the male leads, Sin Seok-ho and Jo Ha-neul as well as the female lead, Yeo Min-ju came out on March 17th. First of all, Ji Sung, the winner of last year's MBC Drama Awards has been confirmed for the role as Sin Seok-ho. For the role as Jo Ha-neul that had Park Bo-gum as their favorite on the list, CNBLUE member Kang Min-hyuk is in talks currently.

Also, Hyeri is in talks for another female lead, Jeong Green. However, because Hyeri is taking a break for medical reasons at the moment, they are reserving the words on whether or not she has confirmed her appearance for now. Chae Jung-an has been confirmed to appear as Yeo Min-ju, director of Ocean Entertainment. Her agency said, 'It is true' about her appearance in the drama.

"Entertainers" is a success story by a man name Sin Seok-ho, a CEO of Mango Entertainment, a newly established entertainment management company, which must be the most pathetic one in the same industry.

The first episode of "Entertainers" will air on April 20th, taking over the airtime of 'Please Come Back Mister'.

"'Entertainers' completes main cast with Ji Sung, Hyeri, Kang Min-hyuk and Chae Jung-an"
by HanCinema is licensed under a Creative Commons Attribution-Share Alike 3.0 Unported License.
Based on a work from this source