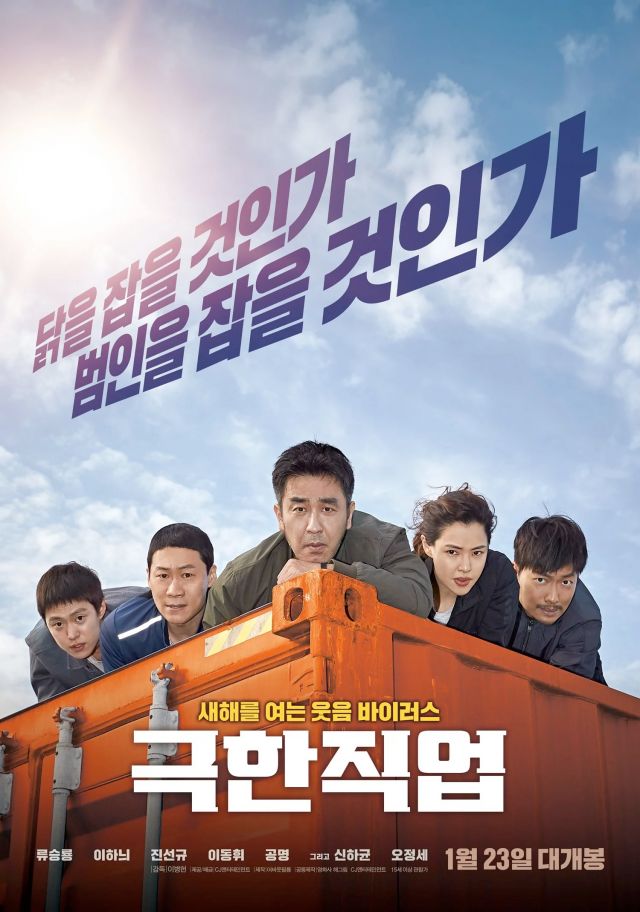 According to the Korean Film Council, "Extreme Job" had made W136 billion in box-office revenues as of Friday (US$1=W1,125). The last top-grossing film, "The Admiral: Roaring Currents" generated W135.8 billion in 2014.

"Extreme Job" cost W9.5 billion to produce and market. Revenues are therefore about 14 times larger than the production costs, setting the movie on course to becoming the most profitable Korean film ever.

The record-holder is "Miracle in Cell No.7", in 2013 which cost W5.8 billion and made W91.4 billion, earning some 15 times its investment. "The Admiral: Roaring Currents" cost W19 billion and earned seven times more overall.