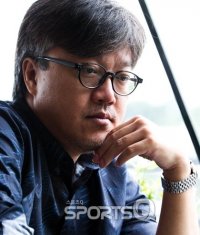 Korea doesn't seem to spark the imagination of North Americans, and this partly explains why Korean films are not popular there, observed an award-winning filmmaker.

Choi Dong-hoon, 39, director of the latest box-office hit "JEON WOO CHI : The Taoist Wizard", said that the lack of information about Korea makes it difficult for Korean filmmakers to be successful at the Western box office.

"North Americans know that Korea is part of Asia. Compared with Japan and China, however, Korea has little to appeal to the people there", Choi said in an interview with The Korea Times last Thursday at his office in southern Seoul.

By Monday, more than four million moviegoers had flocked to see his latest movie that deals with superhero Jeon Woo Chi. The critically acclaimed film, based on a Korean folktale, marked the third consecutive box-office hit produced by Choi.

Choi made his filmmaking debut in 2004 with "The Big Swindle", a thriller that drew 2.85 million moviegoers with an appealing storyline and distinctive characters.

The movie won him the Best Scenario award at the Korea Film Awards.

"I think art and cuisine are the two critical vehicles that can lay the groundwork for a Korean film boom in North America in the long run", the director said.

To attract a global audience, Choi said, Korean filmmakers need to find global cultural codes and re-create them through their works.

"For example, we, filmmakers, need to think what topics or scenarios can entertain not only Koreans, but also, for example, Finnish college students as well. I think we should also find ways of maximizing the attraction level of the genres that our films are based on", he said.

He took "Old Boy" (2003), directed by award-winning director Park Chan-wook, as an exemplary piece that met both of Choi's challenging conditions.

"This is the movie where Park successfully made the most of the attractiveness of the genre. Movies like this will never fail when it comes to overseas commercial success".

According to the Ministry of Culture, Tourism and Sports, the number of Korean films exported has increased over the last five years but the total revenue of the film industry has decreased.

Asian markets account for about 80 percent of the exports, followed by Europe and North America.

A research paper released by the Korean Film Council (KOFIC) in 2006 found that Korean films began gaining international attention in 1999 when "Shiri" (1998), directed by Kang Je-gyu, appealed to the hearts of Japanese audiences.

"My Sassy Girl", the 2001 hit, succeeded in attracting Asian moviegoers, including those in Hong Kong, China, Taiwan, Thailand and Singapore.

Despite the intermittent success in Asia, Korean films were relatively lackluster in North America, the largest market in the world, in terms of box-office success.

The KOFIC said that no specific genres of Korean films stand out in North America, while other Asian nations that appeal to North American moviegoers have their own competitive edge.

For example, Chinese action and Kung Fu movies are popular among American audiences, and Japanese animation has drawn considerable attention.

"There is no doubt that the North American market is the largest in the world. As a filmmaker producing commercial movies, I hope my films will be popular there. That's why I was a little bit disappointed when no foreign distributors showed interest in my second film, 'Tazza: The High Rollers'", Choi said.

The film was based on a comic dealing with traditional Korean card game players.

"I think things would have turned out differently if I had made the movie based on an American card game because it would have helped the audience get a grasp of the movie quickly", he said with laughter.

In his latest movie, "JEON WOO CHI : The Taoist Wizard", which is based on a folktale, Choi re-defined the character from a superhero who uses his talent to save commoners to a stylish, flirty and humorous character that selfishly uses his talent.

The box-office hit reaffirmed his reputation as a master of well-made commercial movies.

"In Hollywood movies, heroes are described as characters longing to save the world. Therefore, they are given supernatural powers or talent.

"Someone that I know told me the other day that my latest movie was full of satire and humor, and that these elements were somewhat exaggerated. He said he felt like he was watching a traditional Korean musical", Choi said.

The director said this was because he tried to infuse more Korean sentiment and cultural traits into the movie.

"Since screening started on Dec. 23, the film has been critically acclaimed by some critics, but criticized by others. I am open-minded about the contrasting comments. I will take criticism sincerely", he said.

Choi said he liked epic movies and has been fascinated by films based on folktales since he was young. And his curiosity constantly drove him to pursue making a film based on one.

"I liked the character Jeon Woo Chi very much. I had long been wondering how my audience would react if I unveiled a movie based on the story.

"The movie is very different from what I have made so far. I feel that this movie opened a door to a new genre that I hadn't tried before", he said.

Choi said Korean filmmakers are working on movies in an environment with a relatively poor cultural infrastructure, compared to their North American counterparts.

"About 90 percent of Hollywood movies are based on books or other existing sources. Filmmakers there are exposed to a variety of stories that they can rely on. Therefore, they have more time than us to come up with their own ideas.

"This has not been the case for Korean filmmakers", he said.

Choi wrote and directed his first work, "The Big Swindle", while he recreated his second and third pictures from existing storylines.

"From the 1990s, things have improved for filmmakers as more and more comics and novels have been produced".

Asked if he sees any room for the government to help make a filmmaker-friendly environment, the director pondered for several minutes.

Choi spoke about the government's cultural policy, which he experienced during overseas seminars where participated as a panelist, in Japan and Taiwan years ago.

The director confessed that he was struck by the fact that policymakers there were keenly interested in promoting local films with supportive policies.

In the seminar held in Taiwan, a deputy minister from the culture ministry hosted the event with young Asian filmmaking talents, including Choi.

"The topic was the role of the Taiwanese government in promoting local films. Policymakers in Taiwan were wondering if there was a role that they could play to make sure that Taiwanese movies could survive the tough environment at a time when the Korean wave was sweeping across Asia", Choi said.

"I was wondering if the Korean government had ever seriously thought about that kind of issue".

He called on policymakers to invest in fields that may not bear fruit in the short run but that would be important in laying the groundwork for the future.

"I think those involved in the art field need support from the government. But few artists are receiving that now.

"There have been several quality independent films, such as the award-winning "Breathless" (2008). Those directors didn't get support from the government", he said, referring to the reality facing filmmakers.