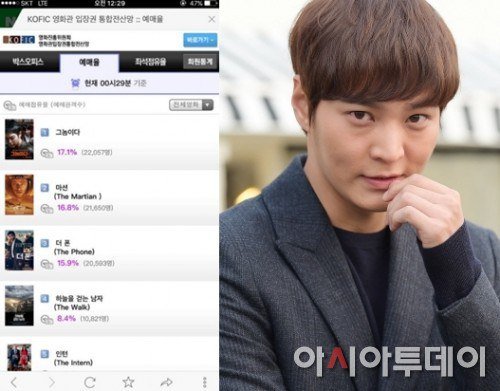 Actor Joo Won thanked his movie fans for the movie being ranked first in ticket presale.

On October 28th, Joo Won posted on his personal Instagram, "Thank you. Let's have a long run. "Fatal Intuition" ranked top in ticket presale today" along with a screenshot of the presale statistic page from the Korea Film Council web site.

According to the real time record of presale by Korea Film Council at 5 AM on October 28th, "Fatal Intuition" recorded 17.5% with the number of viewers, who pre-purchased the tickets, 23,195, placing its name at the top in presales.

"Fatal Intuition" is about a man who chases down the killer of his younger sister.