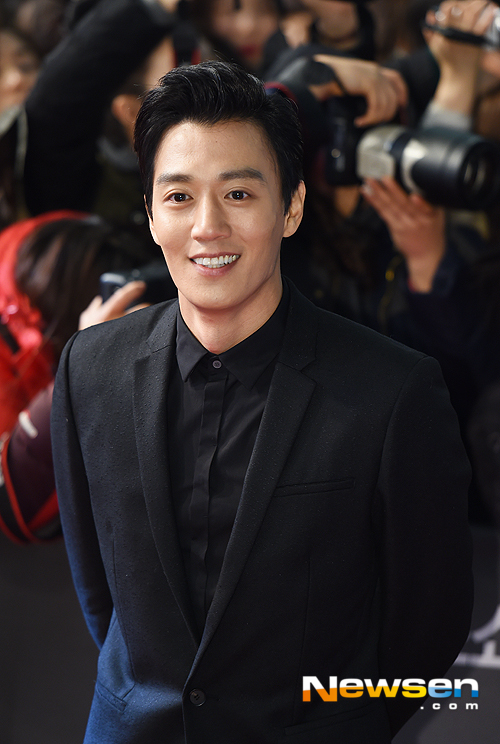 Actor Kim Rae-won explained about his transformation in the film, 'Gangnam Blue'.

Kim Rae-won attended the red carpet and showcase event for 'Gangnam Blues' on January 6th and said he has been director Yoo Ha's fan for a long time and this is how he accepted the casting offer right away".

He also said "Out of the 10 works including dramas and movies I appeared, this is the meanest and most cruel role I have ever taken".

Movie ' Gangnam Blues' is the final sequel of the trilogy including ' Once Upon A Time In Highschool' and 'A Dirty Carnival' directed by Yoo Ha. It is an action movie that depicts desire, betrayal and friendship between two men in 1970's Seoul.

It recounts the cultural icons from 1970's including the props such as autotricycle and the luxury vehicle, Volvo sedan back then and the cabaret trend that swayed the whole society with its dance craze.

The excellent collaboration of Lee Min-ho and Kim Rae-won as well as the brilliant group of strong supporting actors, Jung Jin-young, Seolhyun, Yoo Seung-mok, Kim Ji-soo have been drawing much attention from moviegoers. 'Gangnam Blues' will be released on January 21.

"'Gangnam Blues' Actor Kim Rae-won says it is meanest and most cruel role he has ever taken"
by HanCinema is licensed under a Creative Commons Attribution-Share Alike 3.0 Unported License.
Based on a work from this source