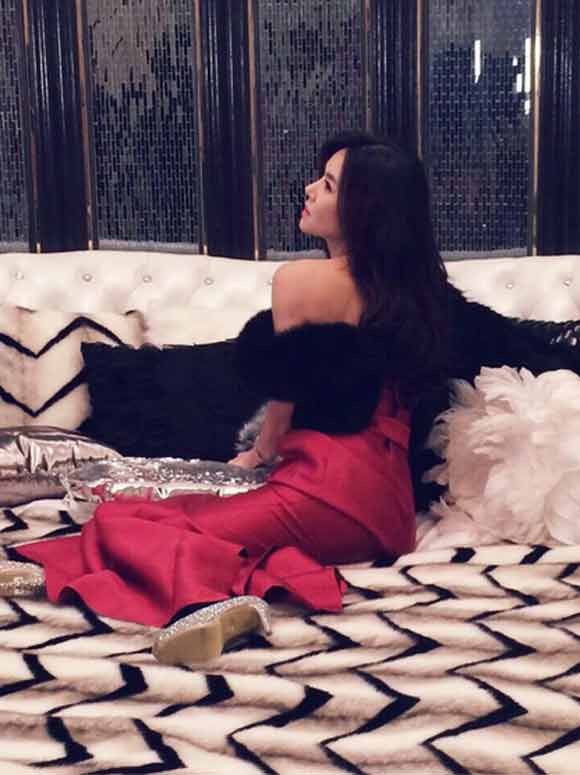 On the last 24th, Lee Yeon-doo uploaded a photo with a caption saying, "Photo shooting is always fun. This time it's with Sam Otswiri".

In the photo, Lee Yeon-doo is looking into the air, wearing her red dress with one bare shoulder. Adorned with her silky hair covering her back, she looks beautiful in her enchanted red dress. Her hip line looks accentuated by her pose lying sideways away from the camera.

Lee Yeon-doo co-starred in the upcoming movie 'Gangnam Blues' as Kim Rae-won's sensational, romantic partner. The move will be released on January 21st next year.

"'Gangnam Blues' Actress Lee Yeon-doo in enchanted red dress goes on photo shoot "
by HanCinema is licensed under a Creative Commons Attribution-Share Alike 3.0 Unported License.
Based on a work from this source