'Gangnam Blues' blasts off being expected to surpass 700,000 viewers in four days 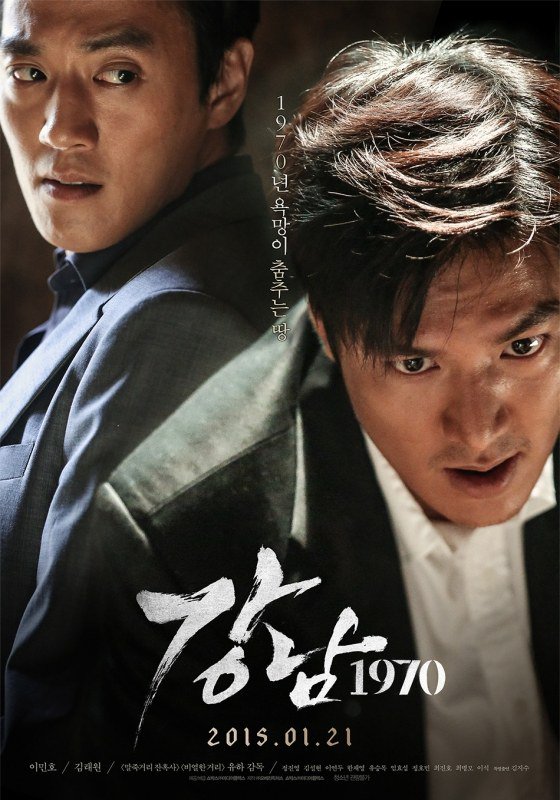 It is getting more excited with the film, 'Gangnam Blues'.

According to the statistics by the integrated electronic system for movie tickets of Korean Film Council, 'Gangnam Blues' ranked top for the daily box office result on January 23rd by brining 148,043 moviegoers to the total of 751 theaters. Its accumulated number of viewers reached 440,213.

As the movie, "Big Hero", which was released on the same day, brought 99,732 through 697 theaters with the accumulated number of viewers of 277,028, the gap between the movies became bigger.

Considering the fact 'Gangnam Blues' was rated "Restricted for minors", the figure is even more impressive. Taking it into account the typical trend that the number of viewers doubles during weekend, it will easily surpass the figure, 700,000 on January 24th, which is the first weekend since it was released.

'Gangnam Blues' is the last sequel of the trilogy by director Yoo Ha including 'A Dirty Carnival' and 'Once Upon A Time In Highschool', which depicts the desire, friendship and betrayal during the development of the Gangnam district in Seoul beginning in the 1970's.

The film has been drawing much attention with the expectation on the intense violent action scenes by the two actors, Kim Rae-won and Lee Min-ho.

"'Gangnam Blues' blasts off being expected to surpass 700,000 viewers in four days"
by HanCinema is licensed under a Creative Commons Attribution-Share Alike 3.0 Unported License.
Based on a work from this source