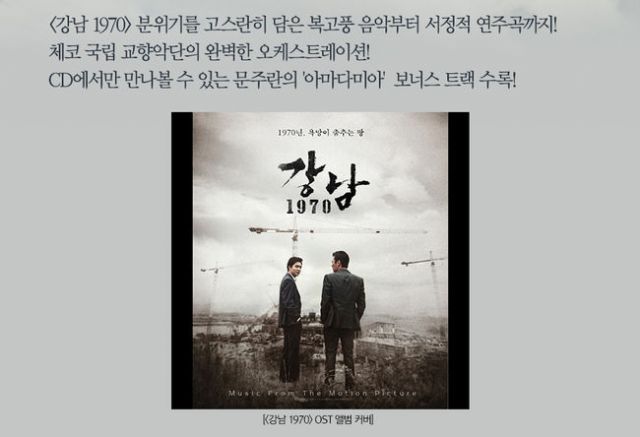 While the film has become the first movie to have brought 2 million viewers to the theatre in 2015, it will continue the influence by releasing the original sound track.

The music director Jo Yeong-wook took in charge of the project after the collaboration with director Yoo Ha through 'A Dirty Carnival'.

He was awarded for his recent project 'KUNDO : Age of the Rampant' from many prominent film awards including the 35th Blue Dragon Award, the 23rd Buil Film Award, and 34th Korean Association of Film Critics Award.

After he made a strong influence to the cinema music field with his debut project, 'The Contact', he has taken many trophies home for his remarkable music creation in the films, "Old Boy", "Thirst", "Moss", 'Nameless Gangster', "The Berlin File" and "The New World".

The original sound track of 'Gangnam Blues' is an elaborate creation by music director Jo Yeong-wook and the two composers, Hong Dae-seong, and Cho Hye-won.

They recorded the music in Prague, Czech Republic so that they could collaborate with Czech National Symphony Orchestra in order to produce the music to perfection. 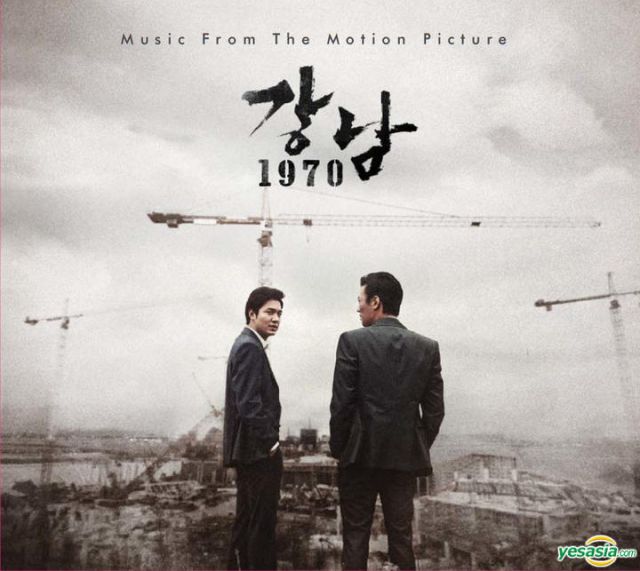 "'Gangnam Blues' Original sound track to be released today"
by HanCinema is licensed under a Creative Commons Attribution-Share Alike 3.0 Unported License.
Based on a work from this source