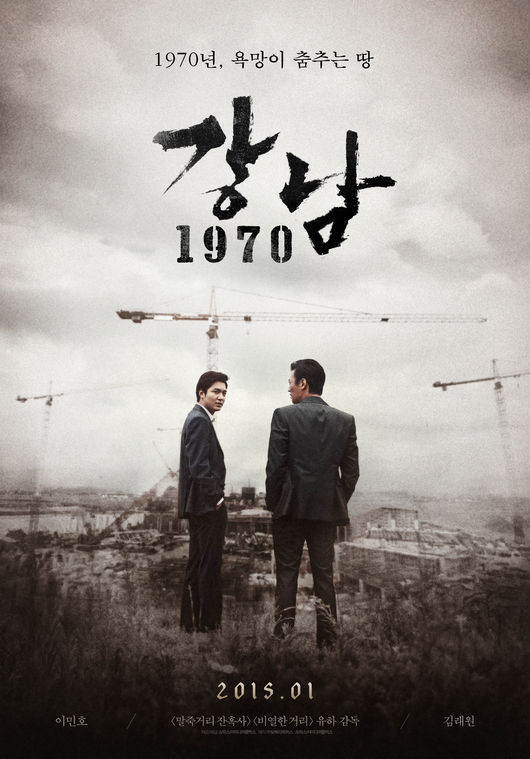 According to the integrated electronic system for movie tickets on January 19th, the ticket pre-sale rate of 'Gangnam Blues' in the morning ranked top with its figure 21.9%.

'Gangnam Blues' is the last sequel of the trilogy by director Yoo Ha including 'A Dirty Carnival' and 'Once Upon A Time In Highschool', which depicts the desire, friendship and betrayal during the development of the Gangnam district in Seoul beginning in the 1970's.

The film has been drawing much attention with the expectation on the intense violent action scenes by the two actors, Kim Rae-won and Lee Min-ho.

"'Gangnam Blues' Ticket sales ranked top proving high expectation from moviegoers"
by HanCinema is licensed under a Creative Commons Attribution-Share Alike 3.0 Unported License.
Based on a work from this source