'Gangnam Style' Most Trending Search on Google in 2012 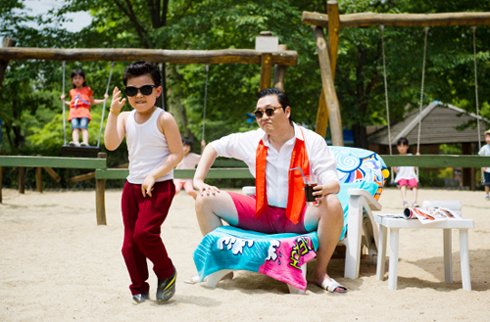 "Gangnam Style", the song by rapper Psy that has sent the whole world into a frenzy of emulating his horse-riding dance, has emerged as the most searched keyword on Google in Korea this year, Google Korea said Wednesday.

The next three most trending search terms were all TV dramas. No. 2 was "The Sun and the Moon" which shot actor Kim Soo-hyun to instant stardom. This was followed by "Fashion King", starring Shin Se-kyung and Yoo Ah-in, and "Dream High", which featured a number of young K-pop singers#.

Fifth place went to the action role-playing video game "Diablo III", which hundreds of people queued up for overnight to get a copy of when it was released earlier this year in Korea.

"London Olympics" came in sixth and the TV drama "A Gentleman's Dignity", which focuses on the romantic affairs of middle-aged men, came seventh. Whitney Houston, who died in February, was eighth, while the smartphone app "Kakao Story" and outdoor apparel brand "North Face" shared ninth place.

The results were calculated based on the number of searches as well as a range of other indicators in comparison with previous figures.