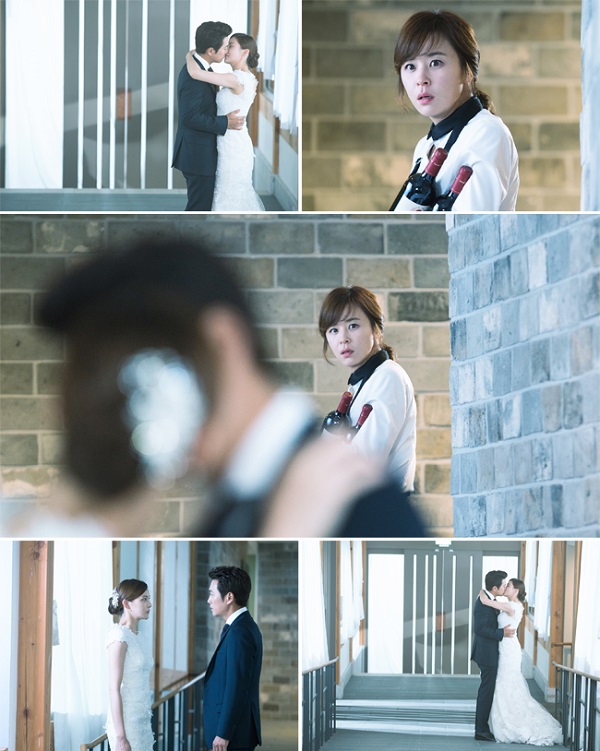 The revealed photos are from the kissing scene, which received the heated reaction right after the first episode aired. Joo Sang-wook and Cha Ye-ryun's heart-stirring screen presence drew attention as well. Choi Kang-hee's surprised look on her face after she accidentally saw the two kissing adds more tension.

Beginning with the first episode, "Glamorous Temptation" created such a great scene and captivated the drama fans' heart thanks to the speedy story development and the enthusiastic acting performances by the cast. The melodramatic kissing scene by the adults was transitioned into a bashful kiss by young actors at the ending scene of the first episode. And the scene showed the switched over position of the characters.

As Sin Eun-soo, Jin Hyeong-woo, and Kang Il-joo, met again after they became adults, how the three will move the story forward is drawing attention.

"'Glamorous Temptation' reveals behind-the-scenes of Cha Ye-ryun, Joo Sang-wook's kissing scene "
by HanCinema is licensed under a Creative Commons Attribution-Share Alike 3.0 Unported License.
Based on a work from this source