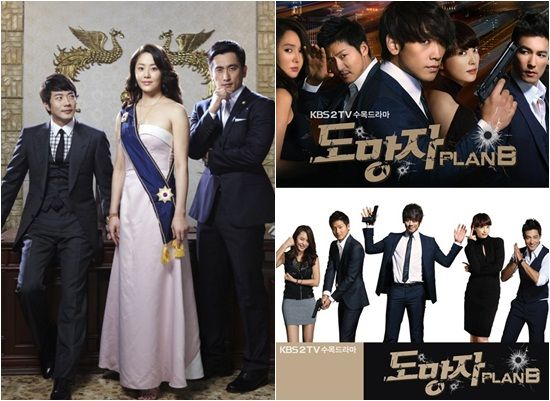 According to AGB Nilson Media Research, 'Daemul - Big Thing' which went on air on on October 13th, recorded 26.4% viewer rating. This drama passed 25% viewer rating only after 3 episodes. It is looking forward 30%. 3rd episode showed 4.9% increase over the previous episode.

'The Fugitive Plan B' which was projected to be 'Daemul - Big Thing's' good opponent, recorded only 15.1% viewer rating. This is 1.1% decrease bleow last episode. Especially, it is showing a huge gap to 'Big Thing', so its future doesn't look all that bright.

On the other hand, 'Naughty Kiss', which went on air that the same time with 'Big Thing' and 'The Fugitive Plan B', showed a 'super low' 6.0% and became the last among Wed-Thurs dramas.

"'Go Hyun-jung beats Rain', 'Big Thing' became number one Wed-Thurs drama after winning over 'The Fugitive Plan B'"
by HanCinema is licensed under a Creative Commons Attribution-Share Alike 3.0 Unported License.
Based on a work from this source