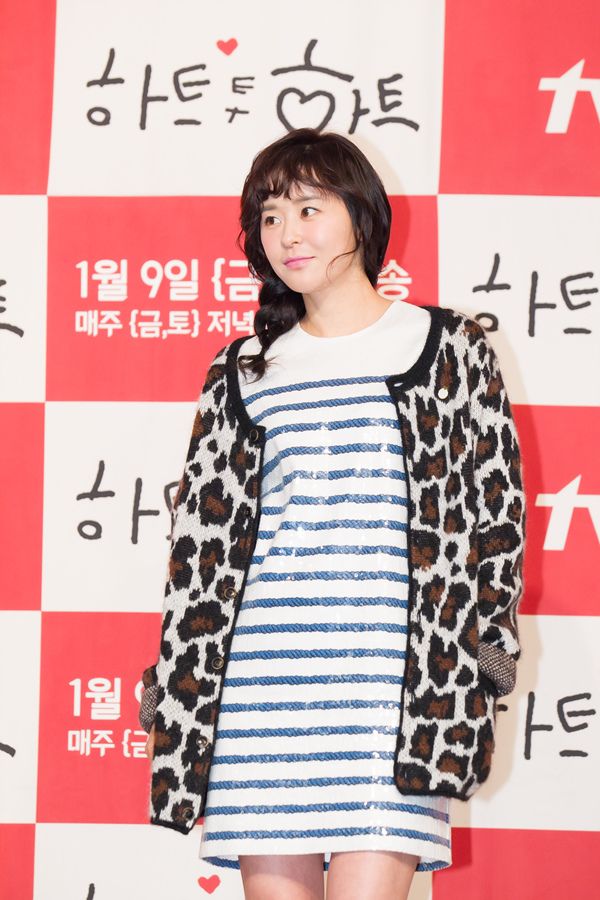 Choi Kang-hee shared her backstory about the kiss scene in the drama.

During an interview for tvN's drama "Heart to Heart", which took place in a café in Kwanghwamun, Seoul on January 20th, said Choi Kang-hee, "Chun Jung-myung told me it was the first time for him to shoot a kiss scene as such. So I personally felt so sorry because I've done many kiss scenes before in different dramas. So I was fine and prepared for it calmly. But he said he was so shy. The actual situation was completely opposite to the scene in the drama".

Chun Jung-myung said, "I wanted to concentrate during filming, but I felt so awkward. If we could have chances to share emotions as a couple beforehand, it could have been natural for me. But I had to kiss her all of sudden, which made everything awkward".

He also said, "But I felt good because the scene made a topic later on", which made the crowd laugh during the interview.

"Heart to Heart" is a collaboration between tvN and producer Lee Yoon-jeong, who directed MBC's popular drama, 'Coffee Prince', 2007. It is her first work after she turned a freelancer.

"'Heart to Heart' Choi Kang-hee says Chun Jung-myung was shy in kiss scene"
by HanCinema is licensed under a Creative Commons Attribution-Share Alike 3.0 Unported License.
Based on a work from this source