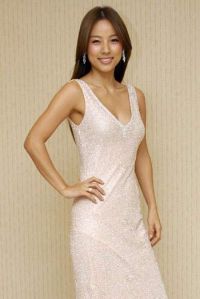 Like her or not, pop icon Lee Hyori has guts.

Besides the usual suggestive photos and controversial lyrics, the pop diva's latest display of audacity is the name of her newest album. In typical Hyo-lee demeanor, the artist opted for a new spin on the standard self-titled album, with "It's Hyorish".

Rather than using her given name like most artists, she has invented a new word: "Hyorish" which is an adjective that describes all things Hyori.

"We tried to portray Hyo-lee's charms through the word `Hyorish'. There are a lot of celebrities who are sexy and many who are friendly and outgoing, but there are not many stars that can show these characteristics simultaneously. Hyo-lee is capable of both and `Hyorish' explains this", Mnet Media, her agency said.

If that definition is unsatisfying, that's because the novel word is ambiguous, probably a deliberate marketing move to keep people talking.

At age 30, it's been five years since Hyo-lee debuted as a solo artist, but there is no sign of her fame waning. Her third and most recent album, released last month, sat comfortably at the number one spot on several online and offline music charts.

Embodying womanly confidence Hyo-lee, hailed as a "sexy icon", is famous ― or infamous ― for her provocative style and image. Her long stay at the top of the entertainment industry is attributed to her ability to keep alluring and offending Koreans, depending on who you are.

What does it take to be `hyorish?' The word can't be found in a dictionary, but we can take some cues from the lyrics of "U-Go-Girl", the first single off her new album, which encourages girls to be more self-assertive and secure about themselves in a hypercritical society.

"Turning 30, I am now in a position of being an influence, rather than being influenced. I want to be a positive influence on girls in their teens and twenty's. I hope to give them courage and energy" said Hyo-Lee In an interview with Hankook Ilbo.

Her agency describes the extensive 60 plus photo collection accompanying the third album as showing "Hyo-lee's sexiness, confidence and her bubbly charisma". Netizens however accused the pop queen of using her sex appeal in photos to sell albums. Other netizens showed concern for the star, believing that the embarrassing coincidence is just that.

"'Hyorish' Is Sexy, Friendly"
by HanCinema is licensed under a Creative Commons Attribution-Share Alike 3.0 Unported License.
Based on a work from this source