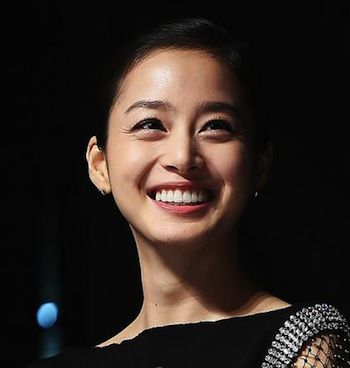 "I want to gain recognition for my acting skills. I hope this production will serve as a turning point in my life", said actress Kim Tae-hee, who plays a profiler of an intelligence organization in the TV drama "IRIS". Kim has eight years of acting experience and she is more passionate than ever about her job.

"I have never studied acting in a systematic way. I was totally unprepared. It's a lot of pressure for me because viewers seem to like this drama", said Kim.

KIm took a break from her acting career last year to take acting classes. "IRIS" was an opportunity for her to learn a great deal about acting.

Actor Lee Byung-hun, who plays opposite Kim in the drama, lauded the actress for her pure-hearted personality and willingness to learn despite her acting experience.

Kim said she felt nauseous when she was filming the first scene of "IRIS" after a long hiatus, but that she felt comfortable thanks to the support of the production crew. "I ate more to gather strength for action scenes and I did my best, but Kim So-yeon looked more impressive to me on-screen. I will continue to take action classes because we still have several action scenes left", said Kim.