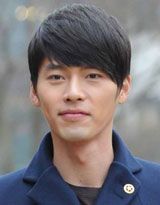 The film "Late Autumn - 2010" by director Kim Tae-yong has been invited to the 61st Berlin International Film Festival. It will screen in the Forum section of the Berlinale, which kicks off on Feb. 10 and is one of the world's three major film festivals.

The movie stars actor Hyun Bin, whose popularity soared recently as he appeared in the hit drama "Secret Garden" and applied to serve his compulsory military term in the Marine Corps.

"Late Autumn - 2010" is a remake of a 1966 film directed by Lee Man-hee-I. It tells the story of a Chinese woman who falls in love with a Korean man on a bus while she is on leave from a prison term for murdering her husband. It is scheduled to open in Korea on Feb. 17.