'Legend of Rainism' to Rock US in Dec. 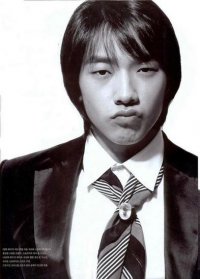 Singer-actor Rain will give concerts next month in the United States, for the first time in three years, J-Tune Entertainment announced Thursday.

The 27-year-old pop star will reappear Dec. 24 and 25 at Caesars Palace Hotel in Las Vegas, where he performed three years ago. This will be the U.S. leg of his "Legend of Rainism" tour that took place in Japan in August and in South Korea last month.

" Rain is preparing to perform at the Caesars Palace Hotel, which is famous as a concert venue for top pop artists such as Celine Dion and Elton John", J-Tune Entertainment was quoted as saying, according to Yonhap News. "The concerts will feature the fancy visuals and events that characterized the `Legend of Rainism' tour. We received the offer from a staff member who worked on Rain's 2006 tour, and all that is left to do is sign the contract".

The singer, who is also known as Jung Ji-hoon, performed at the Madison Square Garden Theater in New York in February 2006, before his Las Vegas gig.

The upcoming performances are also noted since they come after the end of much-contested and prolonged law suits against Rain for cancelling concerts in Los Angeles and Hawaii in 2007.

Meanwhile, the pop star will appear Nov. 9 in Seoul for the Asia press junket of the Hollywood movie "Ninja Assassin", in which he plays a lead role. He will then depart on a promotional tour from Nov. 11 to 22 across the U.S., visiting cities, including New York and Los Angeles.

He will then visit Hong Kong, Nov. 28 and 29; Jakarta, Indonesia, on Dec. 3; and finally Shanghai the following week.

" Rain is very busy through the end of the year with his concerts and promotional tour for the movie, but hopes the movie and music will create a synergy effect", said J-Tune Entertainment.

"'Legend of Rainism' to Rock US in Dec."
by HanCinema is licensed under a Creative Commons Attribution-Share Alike 3.0 Unported License.
Based on a work from this source