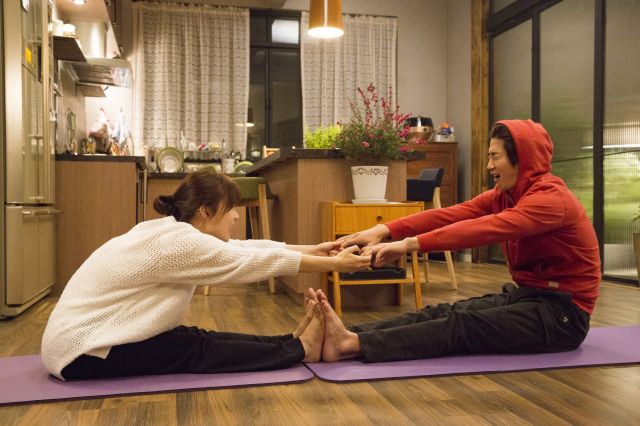 The main characters of the movie, Jeong-hoon and Si-hoo met each other when they went to each one's former partner's wedding. The two end up sleeping together while they tried to comfort each other's feelings. Since then, they go on a date called a coffee coupon date. 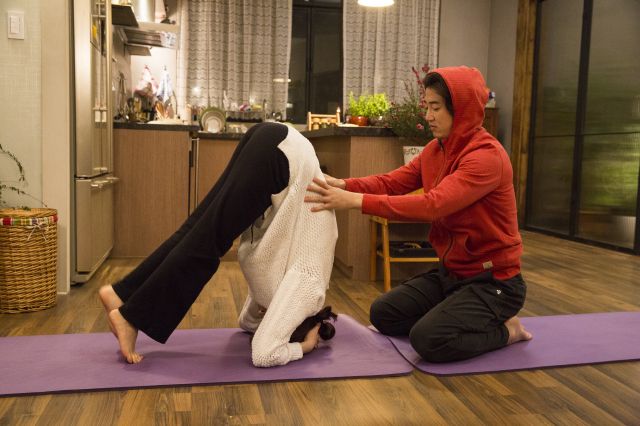 Their dates happen usually at home as the first encounter between the two was through sex. One of the dates they choose to go for is doing couple yoga.

The couple yoga made them get engaged in more skinship naturally; therefore they become closer emotionally as well. Unlike Si-hoo, who is flexible, Jeong-hoon seems to be having hard time according to the expression on his face.

Han Ye-ri, who plays Si-ho, actually majored in Korean traditional dancing. While every movement of yoga was natural for Han Ye-ri, it was difficult for Yoon Kye-sang to do light stretching even.

Meanwhile, "Love Guide for Dumpees" is a romantic comedy about a man and a woman who spend a night together unexpectedly. The movie is released today.

" 'Love Guide for Dumpees' couple Han Ye-ri and Yoon Kye-sang's dramatic couple yoga"
by HanCinema is licensed under a Creative Commons Attribution-Share Alike 3.0 Unported License.
Based on a work from this source