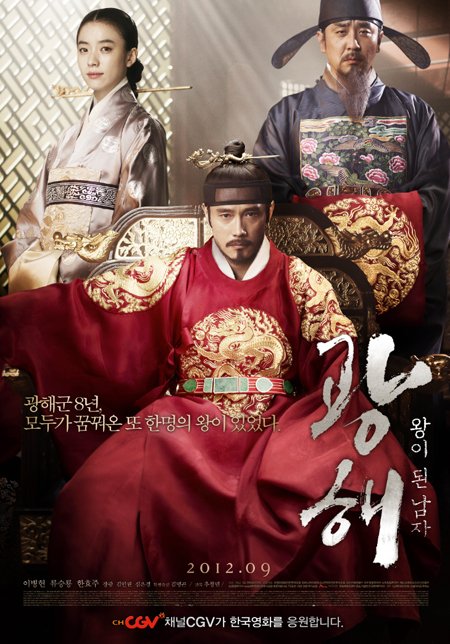 The film "Masquerade" has surpassed the 10 million-milestone attendance, the film's distributor said Saturday. According to the Korean Film Council, the movie has drawn 10,041,566 viewers as of Sunday, becoming the 7th Korean film to reach the barometer of what defines a blockbuster here.

It is also the second to reach the mark in 2012 after "The Thieves", which set the all-time attendance record earlier this month. The heist film directed by Choi Dong-hoon has attracted about 13.02 million people, beating out "The Host" (2006) that drew 13.01 million.

After a little over a month since its release on Sept. 13, some 9 million have watched the movie, directed by Choo Chang-min and stars Korean heartthrob Lee Byung-hun.

It is a film based on the popular fable, "The Prince and The Pauper". King Gwanghae (Lee Byung-hun), the 15th ruler of the Joseon Kingdom (1392-1910), comes up with a ruse to find a double when he realizes that his vassals were trying to take his life.

The 42-year-old actor plays dual roles as the King and the humble clown Ha-sun, who stands in for the monarch when he faces the threat of being poisoned.

Runs 131 minutes. Rated 15 or over. In Korean. Distributed by CJ Entertainment.

"'Masquerade', 7th film to reach 10 million viewers"
by HanCinema is licensed under a Creative Commons Attribution-Share Alike 3.0 Unported License.
Based on a work from this source