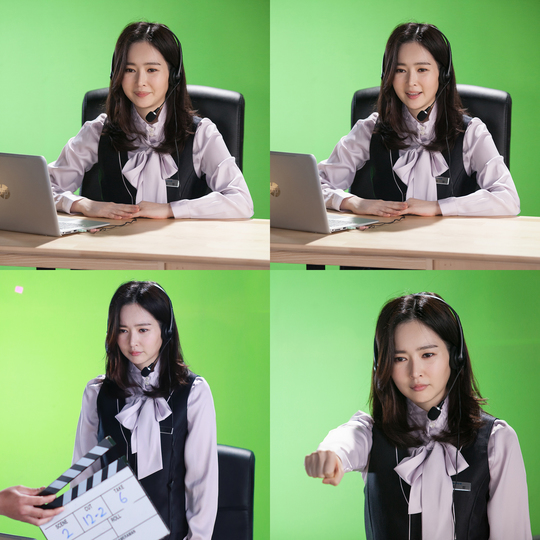 MayBee made a special appearance on "Ms. Temper and Nam Jung-gi" episode 2 to be broadcast on this day.

In the revealed still images. MayBee looks elegant and neat in a uniform. MayBee looks still beautiful and showed off her after baby-body although it was only three months after delivery.

MayBee played a bank teller, who is friendly and cold at the same time. The character is known to be someone dangerous to push Nam Jung-gi (Yoon Sang-hyun), who is already in a desperate situation, over a ragged edge.

MayBee said, "Since I accepted the offer to make a special appearance to support my husband, I also became worried that I might be causing some difficulties to others. The filming was done pleasantly thanks to the encouragement and cheer from the staff members on the set" and "I'm happy that, although my role is a sad one to Nam Jung-gi, drama fans will be able to enjoy my part".

"'Ms. Temper and Nam Jung-gi' MayBee, three month after baby, makes a special appearance to support her husband Yoon Sang-hyun"
by HanCinema is licensed under a Creative Commons Attribution-Share Alike 3.0 Unported License.
Based on a work from this source