'My Princess', drama that starring Kim Tae-hee and Song Seung-heon, will exprience a PD change 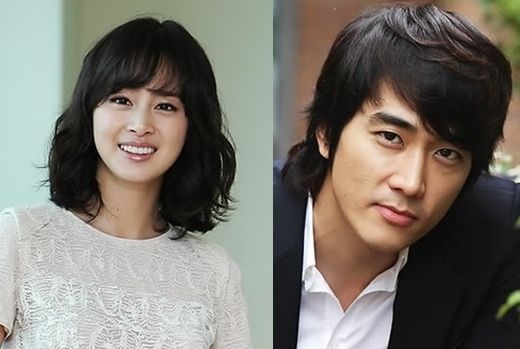 There will be a producer change for "My Princess", which is a famous for starring Kim Tae-hee and Song Seung-heon. Originally, Kim Sang-ho PD was in charge, but Kwon Seok-jang PD heir the place; Kwon Seok-jang PD produced drama "Pasta", which was a huge hit.

This PD change happened due to Kim Sang-ho PD's injury during mountain climbing.

Drama "My Princess" is a love story between an ordinary college student and a son of the head of a prominent conglomerate who is also a diplomat. This drama will be on air in January.

Song Seung-heon will act as Park Hae-yeong, a successor of the biggest company in Korea and also a diplomat. Kim Tae-hee will act as Lee Seul, Korean version of Cinderella who becomes a princess overnight from an ordinary student.

"'My Princess', drama that starring Kim Tae-hee and Song Seung-heon, will exprience a PD change"
by HanCinema is licensed under a Creative Commons Attribution-Share Alike 3.0 Unported License.
Based on a work from this source