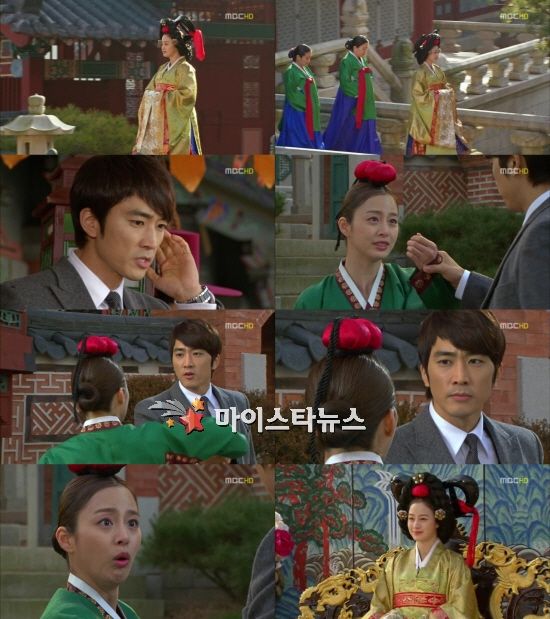 Good reviews are continuously coming up about actress Kim Tae-hee and her return drama.

On the 5th through "My Princess", Kim Tae-hee played tomboyish Lee Seol and showed to be lively and sophisticated.

In this drama she plays a determined role, working at a wedding part time and working at a school in the afternoon.

Viewers give her their highest compliments at the way she is carrying out the tomboy role so well in the drama she will lead along with actor Song Seung-heon.

To Kim Tae-hee's acting skill that plays out the determined college girl – princess in one night role so well, viewers respond, "It suits her so well", "There was anxiety but she seems so natural it was surprising".

In this drama there is a scene where she runs into Song Seung-heon while working part time in an ancient palace dressed as a Chosun princess.

"'My Princess' Kim Tae-hee, ends acting dispute 'Perfect stingy college girl act'"
by HanCinema is licensed under a Creative Commons Attribution-Share Alike 3.0 Unported License.
Based on a work from this source