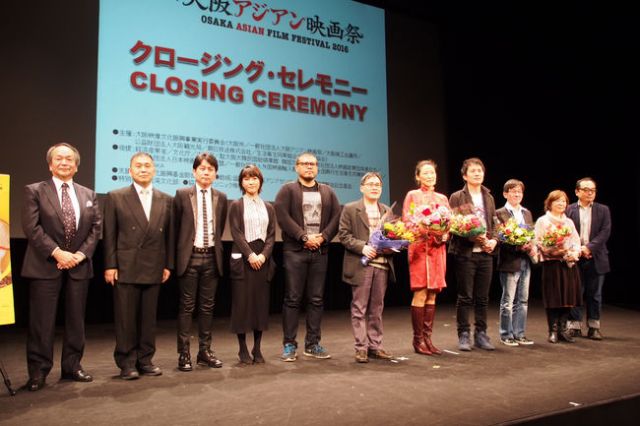 Osaka Asian Film Festival is the biggest film festival in Kansai region in Japan; the festival invites and shows the newest Asian films, which drew major attentions for the year. Actress Yoon Jin-seo was designated as a judge and "Ode to My Father" was featured as a closing film last year.

'My Sister, The Pig Lady' received high scores from the judges of the Osaka Asian Film Festival, competing among 11 films in the international category

"'My Sister, The Pig Lady' starring Hwang Jung-eum receives Grand Prize at Osaka Asian Film Festival"
by HanCinema is licensed under a Creative Commons Attribution-Share Alike 3.0 Unported License.
Based on a work from this source