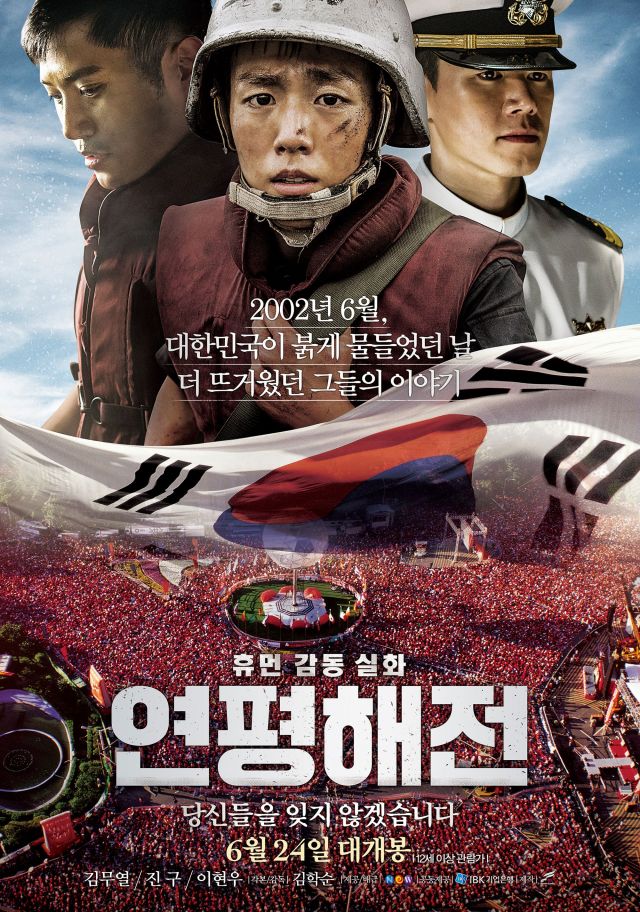 The patriotic film "Northern Limit Line" is likely to exceed the 5 million viewer mark on Thursday, 23 days after its release. The film had attracted a total of 4.88 million viewers as of Tuesday, distributor NEW said.

The film directed by Kim Hak-soon depicts a naval skirmish with North Korea in June 2002.

"Northern Limit Line" is the first domestic film to hit the 5 million mark this year.

The skirmish took place in waters off Yeonpyeong Island in June 2002, when most Koreans were riveted by the World Cup, and veterans complain that it soon slipped people's memory although six South Korean and 22 North Korean sailors died.

The film's box-office success kicked off because it was partly crowdfunded, but it has proved a hugely successful action drama and tearjerker in its own right.

It has attracted a high proportion of viewers in their 20s.