'Ode to My Father' Set to Pull 10 Million Viewers 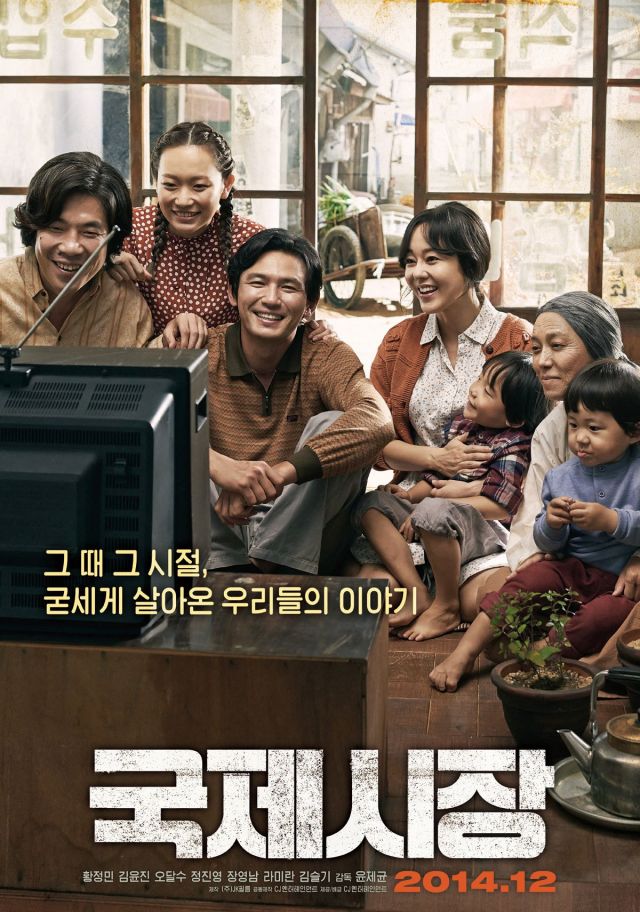 The melodrama "Ode to My Father" is set to become the 14th film ever to draw 10 million viewers here on Tuesday.

The first film to achieve the mark in Korean cinema was the 2003 blockbuster "Silmido".

Although 2014 statistics are not yet out, a calculation based on data from the Korean Film Council shows each Korean saw 4.19 films, even more than the previous year.

Almost 40 percent of those who bought tickets for "Ode to My Father" on the website of theater chain CGV were in their 40s or above, way more than for other movies.

CGV said many young people also bought tickets for their parents, so older viewers definitely make up the majority of the audience for the film.

The weepie follows a man through notable events of the postwar years, milking the sacrifices of the generation that built modern Korea for all they are worth.

Movie critic Oh Dong-jin said, "In Western countries, aging rockers can still release new albums and go on tour because they have their legions of old fans who are active consumers of their products. It seems that there is a similar trend developing among older Koreans who want something that suits their taste".

The trend was evident in the epic movie "The Admiral: Roaring Currents", based on the life of legendary Admiral Yi Sun-shin. The film also drew more than 10 million viewers.

So far the only movies that bridged all generation gaps were blockbusters that opened in vacation seasons along with other major productions and spread by word of mouth on social media. But "Ode to My Father" did not follow this formula.

It opened rather quietly in mid December and was not much talked about on social media. Instead, it became a topic in the family or other social gatherings.

A staffer with JK Film, which produced the movie, said the film is popular because it strikes a chord with several generations.

A CGV spokesman said, "The popularity of this movie stems from the power of sharing memories that are passed down from one generation to another and transcends politics".