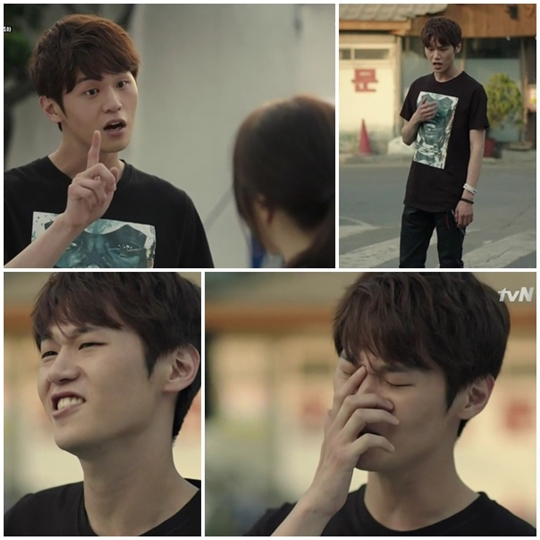 'Oh My Ghostess' Lee Hak-joo with his dissembling character is showing great chemistry with his senior actors to deliver so much fun to the viewers.

It is great to watch the outstanding acting performance by the supporting actors of tvN's popular Friday & Saturday drama, 'Oh My Ghostess', putting aside its leading actors' great performance.

Every single character of 'Oh My Ghostess' regardless each one's importance in the drama can't be missed for all of them are alive and organic. Especially Lee Hak-joo's role, Sin Kyeong-mo is playing an irreplaceable element of the show, while he is comical and sometimes vaguely revealing warm personality depending on the situation.

Particularly, Lee Hak-joo shows off the fantastic chemistry with Park Bo-young playing Na Bong-seon, who is possessed by his role, Sin Kyeong-mo's big sister, Sin Soon-ae (Kim Seul-gi). His narcissistic character is drawing much attention as he gets angry and upset, and rejoices depending on how he feels in his own push and pull relationship with Na Bong-seon because he misunderstands that Na Bong-seon is also into him.

Because of this misunderstanding, he feels jealous and gets grumpy with of Kang Seon-woo (Jo Jung-suk) all the time. And he also has a natural father and son chemistry with actor Sin Myeong-ho (Lee Dae-yeon) like real father and son bickering over small stuff.

This is Lee Hak-joo's first appearance in a drama surprisingly. He has been building his acting experiences through multiple independence movies so far. His stable and strong acting skills made it possible for him to become an excellent supporting actor by bringing the strong chemistry with his senior actors for the drama.

"'Oh My Ghostess' Lee Hak-joo's natural and dissembling acting bring great chemistry among actors"
by HanCinema is licensed under a Creative Commons Attribution-Share Alike 3.0 Unported License.
Based on a work from this source