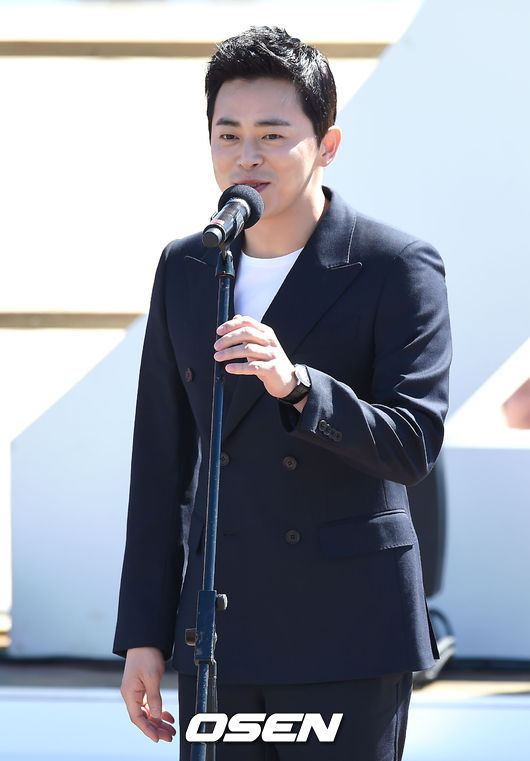 Actor Jo Jung-suk expressed his feeling on the coincidence that Park Bo-young's movie "COLLECTIVE INVENTION" and his movie "The Exclusive : Beat the Devil's Tattoo" are going to be released on the same day.

During his interview with reporters, which took palce in a café in Jongro-gu, Seoul on October 14th, he shared his stories related to the makings of "The Exclusive : Beat the Devil's Tattoo" and his recent activities.

"We're rooting for each other a lot. I am thinking I might attend the preview for "COLLECTIVE INVENTION" tomorrow as a surprise visit so news articles would say I am a big person", said he jokingly.

Jo Jung-suk plays Heo Moo-hyeok, a reporter whose exclusive report turned into an incorrect report the next day. The movie will be released on October 22nd.

"'Oh My Ghostess' stars Jo Jung-suk and Park Bo-young miss preview event for each other's new movie being released on the same day"
by HanCinema is licensed under a Creative Commons Attribution-Share Alike 3.0 Unported License.
Based on a work from this source