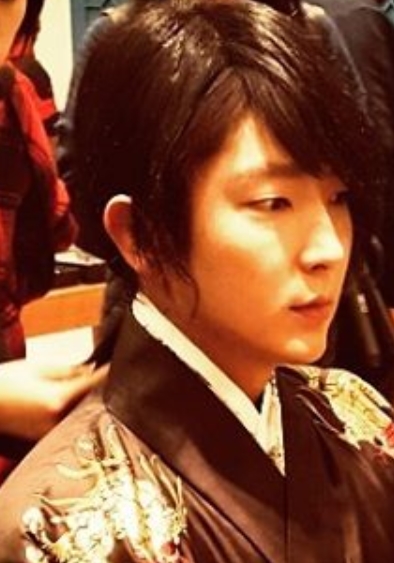 Lee Joon-gi posted a photo of himself on his personal Instagram on March 31st with a short caption saying "So professional".

In the revealed photo, Lee Joon-gi wearing the costume to film his upcoming drama, "Scarlet Heart: Ryeo" is having his hair styling done before the filing begins.

Lee Joon-gi looks a little tense with his lips closed tightly. The wig loosely put on his head looks awkward and cute.

"Scarlet Heart: Ryeo" is a fantasy romance period drama, which is produced based on 100% pre-filming system. The drama is slated for the second half of his year. Lee Joon-gi will play Wang So, the fourth prince of Goryeo King Taejo Wang Gun

"'Scarlet Heart: Ryeo' Lee Joon-gi wears wig to transform into flower prince"
by HanCinema is licensed under a Creative Commons Attribution-Share Alike 3.0 Unported License.
Based on a work from this source