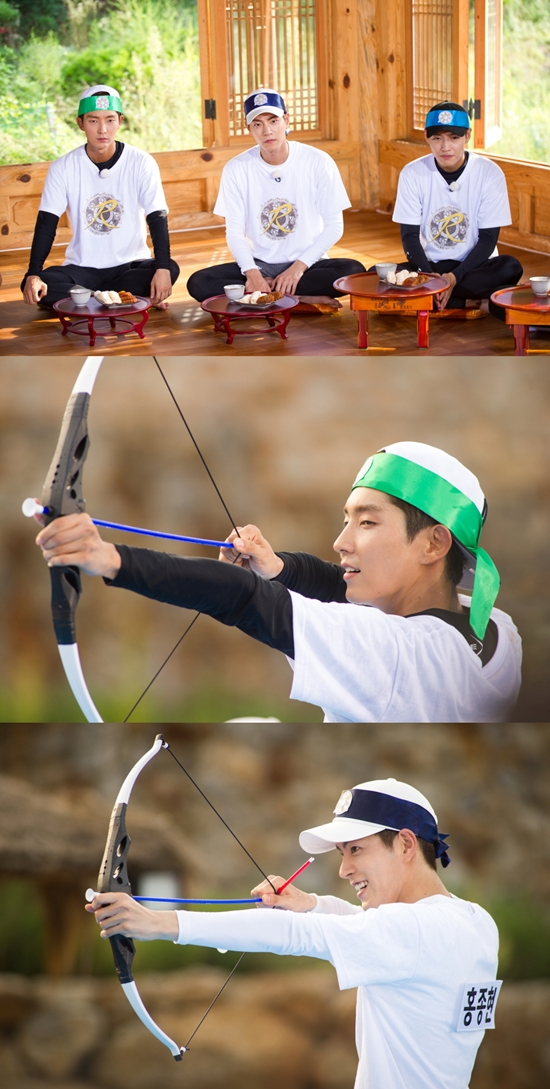 "Scarlet Heart: Ryeo" handsome princes, Lee Joon-gi, Hong Jong-hyun and Kang Ha-neul will appear in the upcoming episode of Running Man on August 28th and compete with each other.

Lee Joon-gi, Hong Jong-hyun and Kang Ha-neul allied with each other for their common goal to win together in the beginning. However, after they heard the race competition was individual, they started betraying to each other to complete each one's own mission.

Especially, Lee Joon-gi was hilarious, witty and swift playing the squeaky hammer game with Kim Jong-kook in the tense neck and neck competition.

Also, Hong Jong-hyun turned into a superb archer, who rarely missed his target in the underwater archery game contrary to his initial attitude saying he was not good with archery.

"'Scarlet Heart: Ryeo' princes, Lee Joon-gi, Hong Jong-hyun and Kang Ha-neul to compete in Running Man"
by HanCinema is licensed under a Creative Commons Attribution-Share Alike 3.0 Unported License.
Based on a work from this source