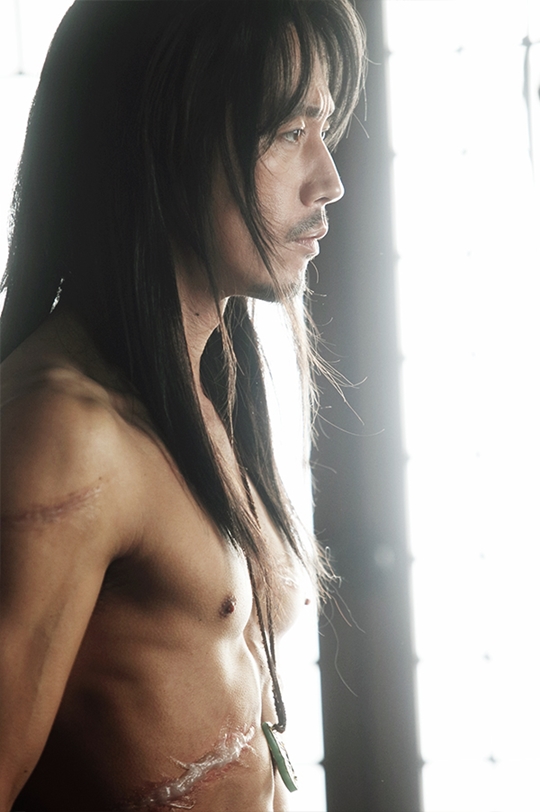 In the released photo, Jang Hyuk with the deep and charismatic stare expresses the tough and lonely sides of the character simutaneously.

His ripped abs and the scar across the ab muscles along with the jade necklace draped down from his neck, which is a token for the night with Oh Yeon-seo (Sin-yul) in the drama, grabs viewers' eyes.

The production team said, "Despite the freezing cold weather, Jang Hyuk decided to expose his upper body for long hours in order to produce a good scene. Thanks to his decision, we'll be able to show the tough and lonely sides of the prince. We ask for much expectation".