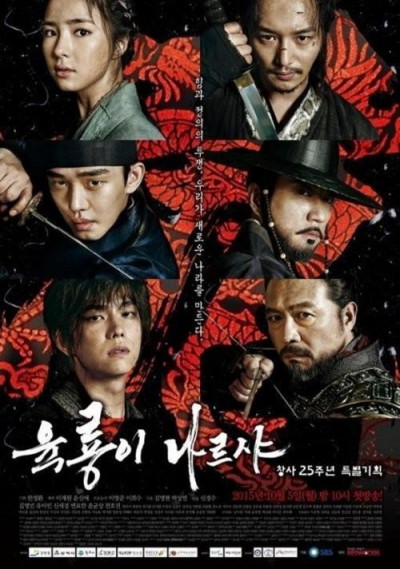 According to Nielsen Korea on February 9th, the 37th episode of 'Six Flying Dragons', which was aired the previous day on February 8th, scored 12.3%. This figure is 4.5% lower than 16.8% of the 36th episode.

"'Six Flying Dragons' Chun Ho-jin is enthroned: Drama stays at the first place despite dropped viewership rating"
by HanCinema is licensed under a Creative Commons Attribution-Share Alike 3.0 Unported License.
Based on a work from this source