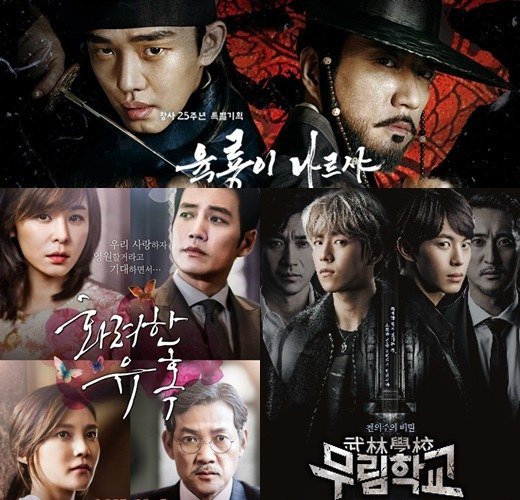 'Six Flying Dragons' rated 1st among the same time without Kim Myung-min in the story.

According to media research company AGB Nielsen Korea on the 15th, the SBS drama 'Six Flying Dragons' episode 47 aired on the 14th, rated 16.7%.

This is 0.6% higher than its previous episode and first place among the same time dramas.

On this day, Jeong Do-jeon (Kim Myung-min) was killed by Lee Bang-won (Yoo Ah-in). Viewers were drawn to the fierce confrontation atmosphere of Jeong Do-jeon's final.

"'Six Flying Dragons' rated 1st without Kim Myung-min... 'Babysitter' started with 3.1%"
by HanCinema is licensed under a Creative Commons Attribution-Share Alike 3.0 Unported License.
Based on a work from this source