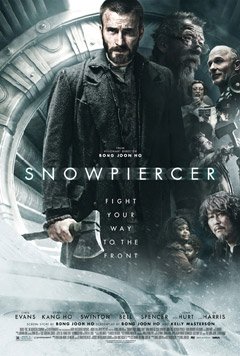 The film "Snowpiercer" by Bong Joon-ho will get an expanded screening across North America.

The film was initially screened in just eight cinemas from June 27, but thanks to positive reviews and word of mouth that will be expanded to 250 screens from Thursday.

The futurist thriller unfolds around the last human survivors who live on a segregated locomotive during a new Ice Age.

It was released in Korea last August and drew some 9.40 million viewers.